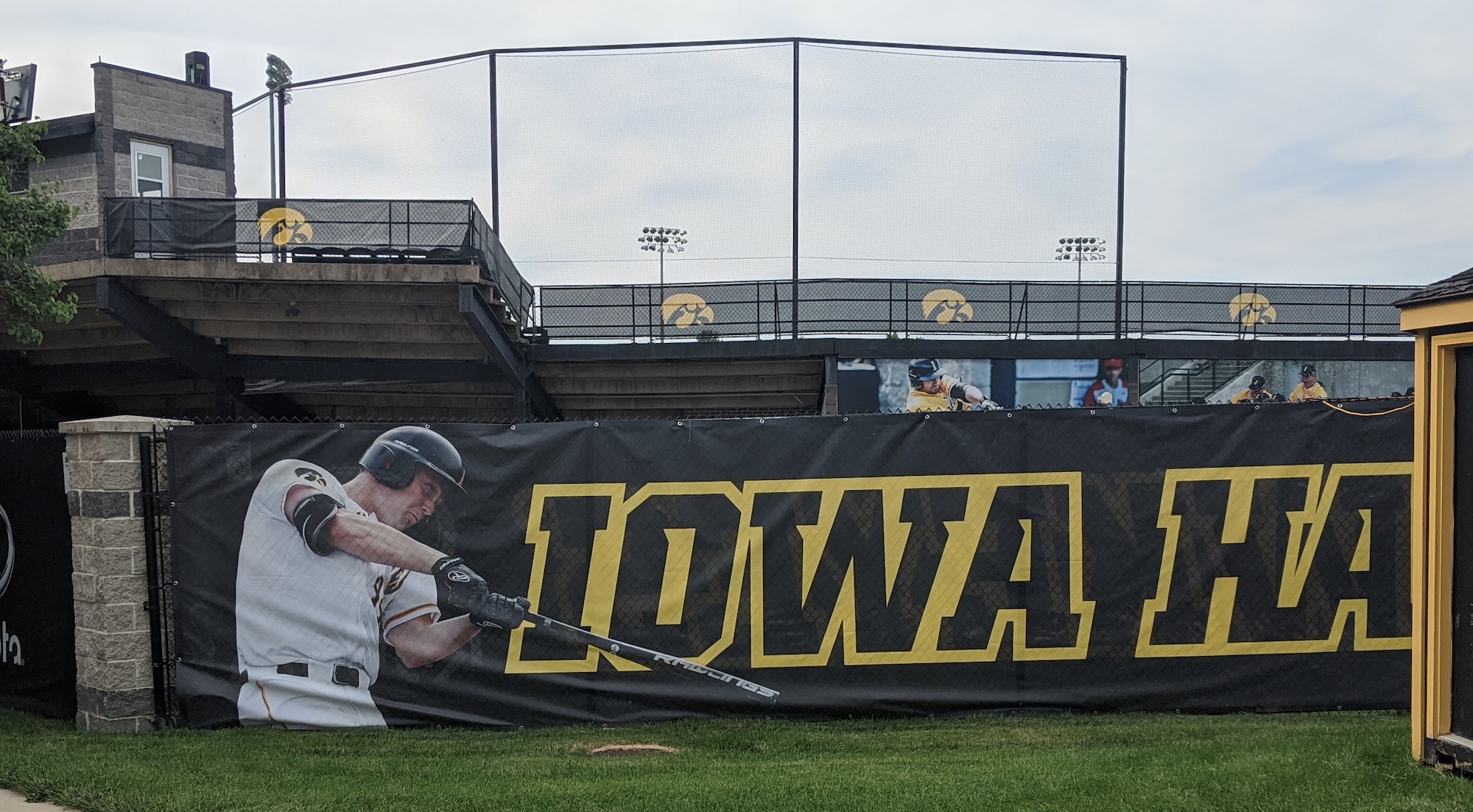 IOWA CITY – Redshirt sophomore Adam Mazur flirted with his second straight complete game shutout and the University of Iowa baseball team’s offense put up a five spot in the third inning en route to a 5-2 series-opening victory over Purdue on Friday at Duane Banks Field.

The win moves the Hawkeyes to 27-15 overall and 11-5 in Big Ten play. Iowa has won seven straight series openers dating back to March 25.

Mazur tossed 8 2/3 shutout innings before giving up two runs with two outs in the top of the ninth. The righthander retired 11 straight Boilermakers from the third through the sixth innings before surrendering a leadoff single in the seventh.

“I was pitching into the zone and letting them hit it,” said Mazur, who improves to 6-2 this season. “I know I have a lot of good help behind me.”

In the ninth, Purdue’s Evan Albrecht doubled down the right field line to leadoff the inning and CJ Valdez followed with a walk – Mazur’s only base on ball in the game. After getting two outs via a fly out and ground out, Troy Viola singled up the middle to plate to end Mazur’s string of 24 2/3 scoreless innings and day.

Mazur’s final line was 8 2/3 innings, scattering five hits with three strikeouts to one walk on 96 pitches. Redshirt senior Ben Beutel struck out Tyler Powers looking to earn his third save.

“I was happy to have some quick innings, go long in the game and give our team a shot to win,” said Mazur. “My mentality every time out there is to keep the team in the game and to go more innings than the opposing pitcher.”

Iowa’s offense scored five runs – all in the third inning – and finished with 10 hits in the game.

The Hawkeyes sent nine batters to the plate in the third against Purdue starter CJ Backer. The one-out rally started with a Michael Seegers single and a Peyton Williams double to right center.

Redshirt freshman Keaton Anthony gave Iowa the lead with an RBI single to left field and following a Will Mulflur walk, redshirt senior Izaya Fullard singled to right field for his second hit of the game. Redshirt junior Brendan Sher’s RBI ground out made it 3-0 and freshman Ben Wilmes chopped a grounder through the left side for the final two RBIs.

“We know up and down the lineup, even the guys on the bench, can contribute,” said Fullard. “Not everyone is going to be hitting home runs and doubles like Peyton and Keaton, but we know what kind of group we are.

“We have to drive the pitcher’s pitch count up and find ways to get on base. That showed today, the whole lineup was tough outs on the pitcher and in the games we’ve been able to get the pitchers out and their pitch counts up early, we’ve had success.”

Seven different Hawkeyes tallied a hit with Fullard leading the way with a 3-for-4 day with one RBI.

QUOTING COACH HELLER
“The approach was a lot better today; we executed all day long. The inning we scored, we won a couple of 0-2 (counts) and ended up getting on base. We won a couple of 3-2 (counts) and Ben Wilmes gave us a spark in left field. He had the big two-RBI single and was close to having a two-run double if the wind wasn’t blowing in.”

OF NOTE…
Mazur’s 24 2/3 consecutive scoreless innings are the most by a Hawkeye pitcher since Tyler Peyton had 26 1/3 shutout frames in 2016.
Mazur has gone six, eight, eight, nine, 8 2/3 innings in his last five starts.
Iowa’s pitching staff has allowed two runs or fewer in 18 games this season.
Over his last five starts, Mazur is 4-0 with a 1.13 ERA. He has allowed seven runs (five earned) on 22 hits over 39 2/3 innings with 40 strikeouts to five walks.
Fullard now has 10 multi-hit games, including two three-hit contests this season.

UP NEXT
Game two of the series will begin at 11:02 a.m. (CT) on Saturday. The game will be televised live on BTN.