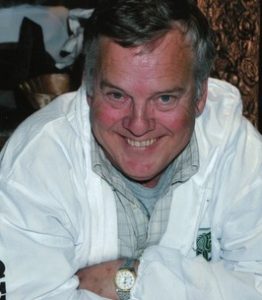 Joseph John Reiter, the son of Robert and Eileen (Nieman) Reiter, was born April 21, 1951 in Fort Dodge, IA and departed this life at his winter home in Mesa, AZ on December 7, 2021 at the age of seventy.

Joe attended school in Estherville, IA and graduated with the class of 1969. After graduating high school, Joe entered the Army on May 28, 1970. He was honorably discharged from active duty on January 20, 1972 as a SGT.

Joe started his career with the Rock Island Railroad in 1973. On May 10, 1974, Joe was united in marriage with Diana Anderson at the Little Brown Church in Nashua, IA. Together, they had four children: Leslie, Angie, Cory, and Jaime. Due to a job transfer, Joe and his family moved to Washington, IL where they resided until 1979 when they returned to the Estherville area. In addition to his work for the railroad, Joe served as a volunteer firefighter and owned and operated the Wallingford Hardware with his wife, Diana, for 15 years. In 2006, Joe and Diana built their dream home on Lost Island Lake where they could be found entertaining friends and family. Joe worked for the railroad for 38 years and ended his career with the Union Pacific in April of 2011.

Joe had a lifelong love for the outdoors. In his free time, he enjoyed hunting, boating and fishing. He especially liked to share his hobbies and love for the outdoors with his grandchildren, giving them a lifelong love as well. Throughout his life, Joe took yearly fishing trips to Canada, four-wheeling trips, and had a camper in Highlandville that he shared with friends. Joe always had a good story to tell, and often around a campfire with a beer in his hand. If he wasn’t outdoors, he could usually be found reading westerns or watching the History channel. Joe found pleasure in traveling with his family, especially his grandkids. He vacationed in Ireland, Alaska, Hawaii and many places in between. He enjoyed winters in Mesa, AZ following his retirement. In Arizona, Joe was active in the water volleyball and men’s coffee clubs. He even acquired the name, Golden Hands, due to his expert volleyball skills. Joe also frequented the dance hall on Tuesday nights.