This news story was published on November 10, 2021.
Advertise on NIT • Subscribe to NIT 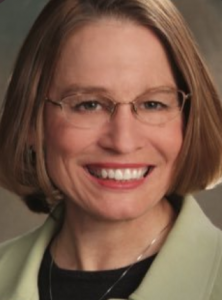 DAVENPORT – Republican U.S. Representative for Iowa’s current 2nd District, Mariannette Miller-Meeks, has announced she will move to a new home and new district in an attempt to stay in Congress.

Miller-Meeks, who currently lives in Ottumwa, made the announcement Wednesday morning in Davenport, where she will seek the state’s new 1st District seat in Congress. She’s been in office less than a year, after a controversial win last November by just 6 votes in which some votes were not counted. While in Congress, she has touted dis-information and voted against an infrastructure bill that will bring millions of federal dollars to Iowa to repair and rebuild it’s embarrassing, crumbling second-world infrastructure.  She also voted to keep the traitorous Confederate artwork in the U.S. Capitol.

Miller-Meeks tweeted this morning, “I’m running for re-election in Iowa’s 1st District! I’m committed to standing up to Washington Democrats and their Socialist Agenda,” then asked for donations.

Some Democrats sense Miller-Meeks is moving to avoid facing Democratic incumbent Cindi Axne, who may actually run for Governor or re-election to Congress.  According to the Daily Iowa, “State Rep. Christina Bohannan, D-Iowa City, is challenging Miller-Meeks in the new 1st Congressional District for the midterms. Kyle Kuehl, a Republican from Bettendorf, has also announced intentions to run in the district.”