The Cryptocurrencies to Watch Out for in 2021 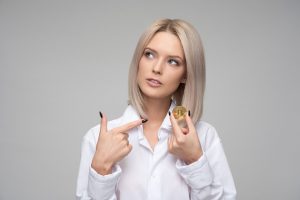 We’re now getting ready to close the books on one of the craziest years in financial history, crypto included. Bitcoin finally showed some signs of a comeback and we’re seeing a renewed interest in crypto in general.

The crisis has a lot to do with it, with panic buying also hitting the sector. Many are also investing for the long term and starting to see the true value of cryptocurrencies. So much so, that some experts believe that the next year could be the one for crypto. But with all the different coins on the market, how do you know which one is the best cryptocurrency to buy? Here are some of the cryptocurrencies you should watch in 2021 and some of the reasons why.

There’s also a strong correlation between the progression of Bitcoin and the recent crisis. The coin went from a low of $4,721 back in March to $11,411.61 at the time of writing in mid-October. While Bitcoin has always been known for its volatility, the bounce-back was relieving to those who saw the coin dip back in March. There’s also no reason to think that it will go back down to this level in the near future.

One more fact that makes Bitcoin such a buy is that it’s one of the easiest to buy on the open market. You can buy and sell it through crypto exchanges, P2P, and even with PayPal. If you want to learn more about how to buy Bitcoin through PayPal, visit us online.

Ethereum is the best currency for those who are more interested in a project and the value it can offer to the market. Ether in and of itself was not meant to be purely transactional or speculative. It was meant to be the ‘fuel’ needed to power decentralized apps on Ethereum’s proprietary blockchain.

Ethereum is another coin everyone needs to have in their portfolio due to its intrinsic value and subsequent demand. It’s also the most respected and recognized coin after Bitcoin. If we were to compare cryptos to commodities, Bitcoin would be like gold and Ether like oil, not silver. That title would go to the next coin on this list.

Litecoin is set to have a big year, and it was poised to do so for a long time now. Litecoin is another coin that is very respected by the cryptocurrency world. Many also view it as a superior product to Bitcoin. And in many ways, it is.

Bitcoin’s dirty little secret, its tiny block size and consequent abysmal transaction rate, is something that has been taken care of with Litecoin. It’s a much faster coin with much lesser transaction fees and is another coin that is used as a gateway to other cryptos. Its faster transaction time could also accelerate its rate of adoption.

These 3 cryptocurrencies are set to do big things in 2021 and should all be on your watch list. Make sure to keep your eye on a few interesting projects and don’t be afraid to dive deep before you decide to add any to your portfolio.