This news story was published on November 19, 2011.
Advertise on NIT • Subscribe to NIT

On Wednesday, November 16th, Michael Cabrera Jr., age 33 of Mason City had a two year suspended prison sentence imposed after being found guilty less than a month into probation.

Cabrera had received a two year suspended prison sentence and one year probation on September 21st after a negotiated voluntary guilty plea in his eleventh public intoxication charge since 2000. Just twenty days later Clear Lake police arrested him on a twelfth charge of public intoxication. The new charge lead to the Iowa Department of Corrections to apply for the court to revoke his probation.

Judge Gerald McGee then imposed two year sentence on Cabrera from his eleventh public intoxication offence that had been suspended by Judge Carlynn Grupp. 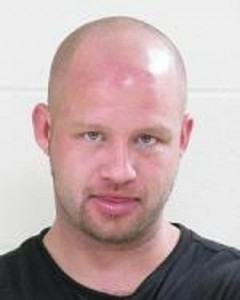