CEDAR RAPIDS – A man who traveled from Minnesota to Iowa to have sex with minors was convicted by a jury on Wednesday, October 30, 2019, after a three-day trial in federal court in Cedar Rapids.

Terrance Nordwall, age 50, of Faribault, Minnesota, was convicted of attempted sex trafficking of children, attempted enticement of minors, and travel with intent to engage in illicit sexual conduct.

The evidence at trial showed that, in March and April of 2019, Nordwall exchanged text messages with a man who he believed was a “pimp” with a 14-year-old girl and a 15‑year‑old girl available. The man was actually an undercover law enforcement officer. Nordwall agreed to pay the pimp $200 for a half hour with the two girls, and he drove to the Cedar Rapids area, where he met law enforcement officers.

This case is being prosecuted by Assistant United States Attorney Mark Tremmel and was investigated by the Iowa Division of Criminal Investigation, Homeland Security Investigations, the Iowa State Patrol, and the Hiawatha Police Department. 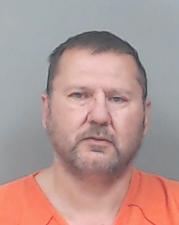