This news story was published on October 17, 2019.
Advertise on NIT • Subscribe to NIT

EAGLE GROVE – A Webster City man is behind bars after he allegedly stabbed another man in Eagle Grove.

On July 10, 2019, Eagle Grove Police and Ambulance responded to the area of 400 SE 2nd Street for a reported stabbing. The victim, Carl Burras, was discovered at the scene and was transported to Unity Point Hospital in Ft. Dodge. 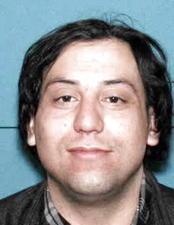