On December 31, 2018 the Floyd County Sheriff’s Office stopped a vehicle for speeding, 82 mph in a 65 mph zone on the Avenue of Saints near Charles City. The vehicle was enroute to Mason City.

During the stop, a deputy sheriff located a loaded .45 caliber handgun on the passenger seat. A subsequent search revealed a softball- sized amount of heroin. As a result, Keith Tucker, 50 of Detroit, MI was arrested.
Tucker was charged with possession with intent to deliver heroin and possession of contraband in a correctional facility after more narcotics were located.

State charges will be dismissed as the case moves forward in Federal Court.

The Sheriff’s Office was assisted by the Iowa Division of Narcotics Enforcement. 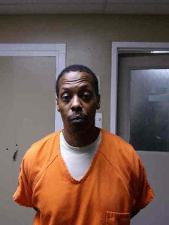