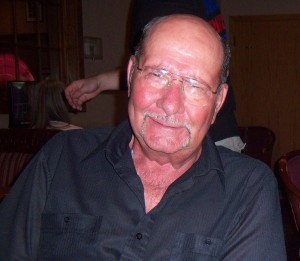 A memorial service will be held at 4 pm on Saturday, June 30, with a 2 hour prior visitation at Fullerton Funeral Home, 123 2nd Street S.E., Mason City.

Joseph William Andrea Sr. was born on June 8, 1935 in Chicago, Illinois to Frank and Ethel Andrea.  He lived in Chicago for half of his life.  From January 1953 to December 1956, during the Korean War, he served in the Marines.

On May 18, 1957, Joseph was united in marriage to his best friend, Donna Jean Klingenmaier.  To this union four children were born: Lynn, Lorie, Joe Jr., and Jeff.  The couple and their young family moved to Mason City in 1974, where Joseph lived the rest of his life.

While living in Mason City, Joseph worked in manufacturing for Schneider Metal and IMI.  When he wasn’t working he loved spending time with Donna.  Friday evenings were a special “date night.”  They would meet several of their friends at the Knights of Columbus fish fry for the meal and social time.  As a couple they enjoyed dancing to a wide variety of music.  They also enjoyed playing cards.  Joseph spent a lot of time with his family, friends, and grandchildren.  He liked to go camping, fishing, and bowling.  He would often watch older movies, the history channel, and boxing.  His son Joey really liked NASCAR, so Joseph would collect cars and watch NASCAR because of him.

Joseph was a person who loved to make people laugh.  His family referred to him as a “jokester.”  He was constantly interacting with people.  The main focus of his life was always family.

For the past six years Joseph has spent his life with a wonderful woman named Bethel.  He found a friendship and partnership.  Bethel introduced Joseph to dancing again, and other interests.  She brought passion back into his life.

Joseph will be missed dearly by the family and friends who shared in his life.

He was preceded in death by his wife Donna, parents Frank and Ethel, brothers Frank and William Andrea, and sister Eileen Tarsa.