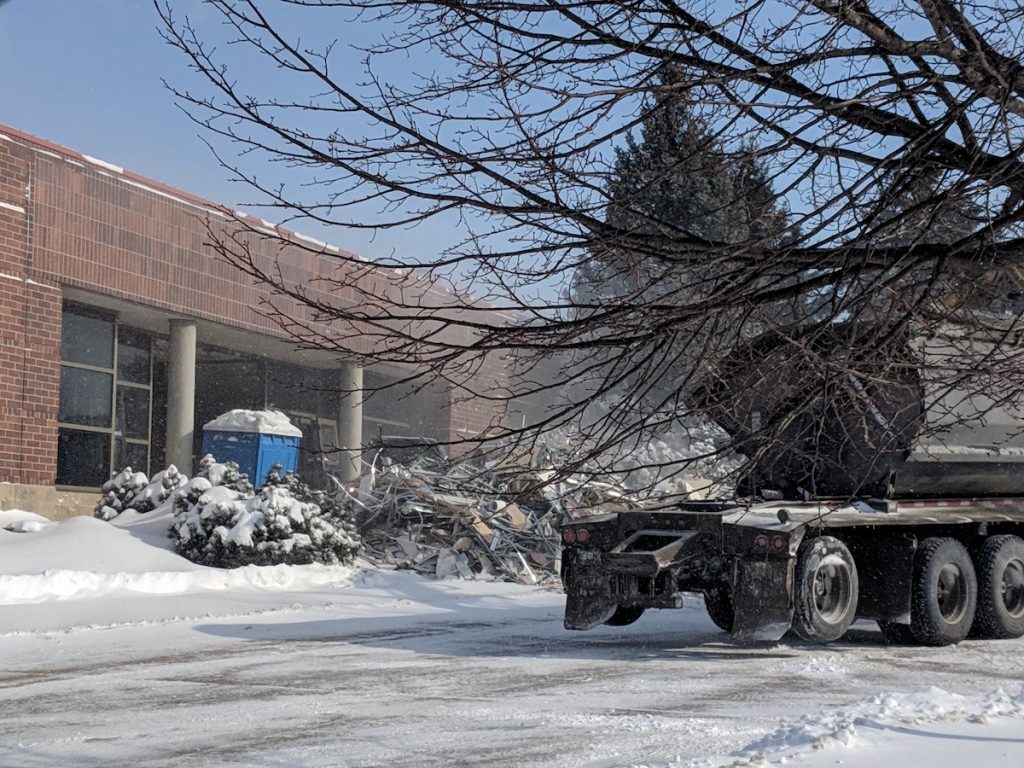 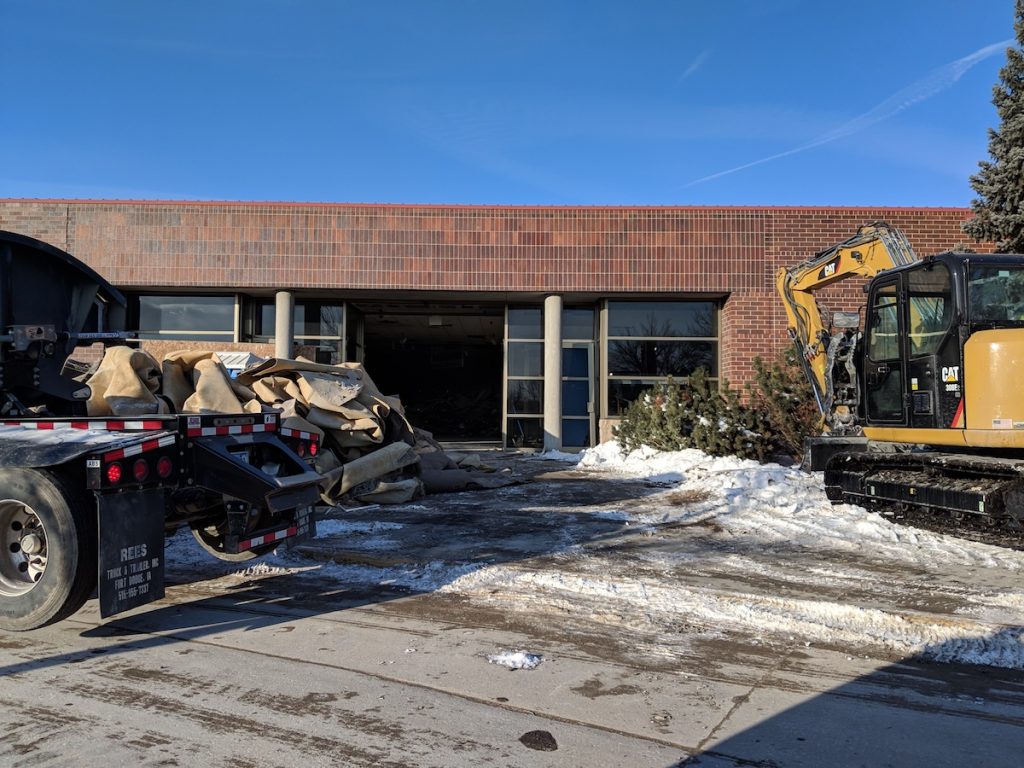 MASON CITY – The first step in building a new multi-purpose arena in Mason City is underway with the demolition of the interior of the former JC Penney store in Southbridge Mall.

Crews were on the site at the former anchor store of the struggling Southbridge Mall in recent days and have ramped up activity. Men in hard hats and skid loaders and trump trucks are tearing out, dumping, loading and hauling away debris from the inside of the store. Work seems to be taking place at a feverish pace, as the southwest side of the mall parking lot is closed to traffic.

Even as the blue collar work is racing along, the white collar side of the ledger has been going quickly, too, but some in town are concerned that agreements with a hotel developer and council approvals and other major components of the Renaissance Project are being ignored or not followed precisely. Some say town leaders have forged ahead with the arena and may be jeopardizing the rest of the project or put taxpayers at risk. Others say it was long-past due to break ground and get the project off the ground and that these moves will finally silence the naysayers.

The following is the ballot language that voters approved overwhelmingly back in 2017. Some say city hall has strayed from the approved plan, and others wonder how long the “shelf life” of the approved referendum should last.

#1
“SHALL THE CITY OF MASON CITY, STATE OF IOWA, APPROVE ENTRY INTO A LEASE AGREEMENT IN A PRINCIPAL AMOUNT NOT TO EXCEED $18,000,000, FOR AN ESSENTIAL CORPORATE URBAN RENEWAL PURPOSE OF THE CITY, SUCH LEASE AGREEMENT BEING ENTERED INTO TO FACILITATE THE CONSTRUCTION OF A RECREATIONAL CENTER AND MULTIPURPOSE ARENA FACILITY (“FACILITY”) AND SUBSEQUENT LEASE OF THE FACILITY BY THE CITY, PURSUANT TO IOWA CODE CHAPTER 403 AND THE MASON CITY DOWNTOWN REINVESTMENT URBAN RENEWAL PLAN?”

26 Responses to Demolition of JC Penney begins in Mason City