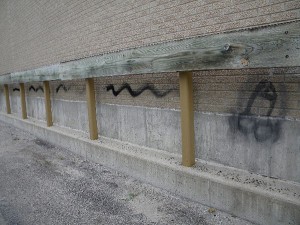 DAVENPORT, IOWA – Lee Enterprises, owner of the Globe Gazette and 49 other daily newspapers around the nation, showered praise and awards upon some of its best, but had nothing for the Globe.

On November 14, Lee CEO Mary Junck announced winners of the 2014 Lee President’s Award for outstanding journalism, innovation, spirit, etc.  Several publications, writers and photographers won awards, but the Mason City Globe Gazette and its employees won nothing.  It was also not named a finalist for its ‘Enterprise of the Year” award.

A Globe Gazette insider told NIT that perhaps with the addition of a used $2 million printing press, things will turn around at 300 North Washington.

“That has to help.  Something.  Anything.  It’s bad now, and just getting worse.  I mean, there’s no where to go but up from here.  Not. One. Single. Award.  Stiffed by our own cronies.”