Eric Bookmeyer should take his medicine once and for all 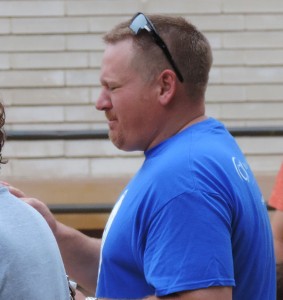 Eric Bookmeyer creams another Depends Undergarment after a few too many snow cones.

Eric Bookmeyer has had a bad case of diarrhea for over 5 years. We’re not talking about the utter sewage that bloviates from the piehole under his nose, either.

No, Mr. Bookmeyer suffers from an on-going case of diarrhea of the soul so badly that the Depends Undergarments company should offer him a seat on its board with a stock option. You see, every time Mr. Bookmeyer bites off a chunk of the Human Rights agency, digests it and sends it hurtling down his Hershey Highway, past the sores, hemorrhoids and chunks of coal he is trying to turn into diamonds, he soils our community and prolongs the needless soap opera he has created by taking orders from his masters at 9 North Federal Avenue.

Yes, Mr. Bookmeyer is a spoiled, misguided young man with grand aspirations of kissing the right ass and turning his mayor gig into a money-paying job someday. Word is, that’s not working out so good for him thus far. He is still a jobless, aimless, self-aggrandized bully who drives around town in his silver SUV munching pastries and looking to score points with the moneyed-folk by making a deal.  His lifestyle has given him a bad case of indigestion.

As part of his Eric-centered routine, since before he became mayor over five years ago, Mr. Bookmeyer has doggedly pursued the eradication of the Human Rights agency. And as he has pursued this endeavor, he has created an affliction upon himself that he just can’t shake. Everyone knows his ultimate plan, but he lies and won’t come clean. Instead, he employs trickery and dirty politics, nipping away at the issue in the hopes it goes away quietly.  Mr. Bookmeyer lacks the intestinal fortitude to get well and put his disease behind him.

The latest move by Mr. Bookmeyer and the city council is to further diminish the Human Rights Commission. No, not by stripping its duties, taking its funding and crony-izing the board; they have already done all that. Now, on Tuesday evening, they will edit Title 2, Chapter 10 of the Mason City code and change the required number of Human Rights commissioners from 9 members to 5. Probably in 2 years, they will edit this code again and make the commission 3 members, and it wouldn’t be a shock to see funding to the agency slashed every year, and on and on we go.

It seems the agency will remain a stain on Mr. Bookmeyer’s trousers for years to come; more Depends Undergarments filled with Mr. Bookmeyer’s diarrhea as he soils himself over and over again as time passes. 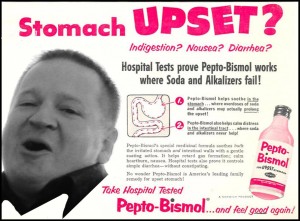 It’s time for Mr. Bookmeyer and his city council to swallow the pepto and cleanse this town of his sickness regarding the on-going ailment in city hall connected to the Human Rights spectacle.

Mr. Bookmeyer, toss aside your diapers and end the game.

Simply direct your city council to DELETE Title 2, Chapter 10 of the Mason City code. Put it on the agenda and tell them how to vote; that’s how things work in this town, it’s that easy. Game over, move on, you would be cured. The Human Rights agency would vanish just like that.  You would be glad if you did it, Mr. Bookmeyer.

Problem is, gutless individuals do not make bold moves, so Mr. Bookmeyer will always need a crate of wet wipes on this deal.  Tune in at 7:00 PM CST Tuesday night for the next episode of “As the Depends Undergarment Fills”.