This news story was published on October 16, 2018.
Advertise on NIT • Subscribe to NIT 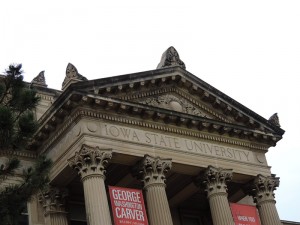 The Big 12 Conference notified Iowa State on Sunday that the conference office was reviewing whether Iowa State followed its pre-established policies for dealing with situations in which fans rush the field.

“Our institution takes the safety and welfare of all student-athletes, officials, and fans very seriously. We have reviewed all of our procedures, including several videos of the post-game celebration, and we do not agree with Commissioner Bowlsby’s assessment of the events that evening,” Wintersteen said. “Chief [Michael] Newton, of the Iowa State University Police Department, and the CSC staff had a very thorough and specific plan. Those plans were discussed and implemented prior to the game and were evaluated and adjusted during the game to ensure the safest atmosphere for every one attending the game, including the West Virginia players and staff.”

“Our local law enforcement officers and the CSC security staff did an outstanding job keeping all the student-athletes, game officials and fans safe during the postgame celebration on Saturday,” Pollard said. “I have personally watched the video multiple times and I am confident the officers and security staff followed the procedures we had previously submitted to the Big 12 Conference office. It is also important to note the protocol and practice used Saturday night by our law enforcement officers was nearly identical to the protocols used last year during the field rush following our win over TCU. The Conference had no issue with ISU’s protocol or practice at that time and the results were the same as Saturday night. The visiting team was safely escorted from the field in less than 90 seconds in both situations.”

Per Big 12 policies, all appeals must be submitted to the Conference Office by the President of the University. The appeal will be heard by the Big 12’s Board of Directors.