This news story was published on June 26, 2018.
Advertise on NIT • Subscribe to NIT

CEDAR RAPIDS – An Iowa man who traveled to Mexico and engaged in illicit sexual conduct with a minor and distributed child pornography was sentenced yesterday to 20 years in federal prison.

Juan Rangel, age 36, from Waterloo, Iowa, received the sentence after a December 27, 2017 guilty plea to one count of engaging in illicit sexual conduct in a foreign place and one count of distribution of child pornography. At the plea hearing, Rangel admitted that, between 2014 and 2016, he traveled from the United States to Mexico and engaged in sex acts with a minor. He also admitted that he distributed visual depictions of child pornography using the Internet.

Rangel was sentenced in Cedar Rapids by United States District Court Chief Judge Leonard T. Strand. Rangel was sentenced to 240 months’ imprisonment. A special assessment of $10,200 was imposed, and Rangel must also serve a 7-year term of supervised release. He must comply with all sex offender registration and public notification requirements.

This case was prosecuted by Assistant United States Attorney Mark Tremmel and was investigated by Homeland Security Investigations, the Waterloo Police Department, and the Iowa Division of Criminal Investigation. 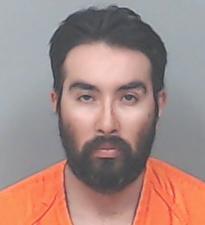