NIT reported in November that police were called to the 300 block of 10th Street NE after a group of about 22 people at a hose on that block approached a smaller group of people at a nearby house, which lead to a large fight that allegedly involved weapons.

The alleged attackers fled the scene in a car with Minnesota license plates before police arrived, but police later caught the people involved during a traffic stop. Shedida Myralea Parker was the driver of the car and was charged with operating while intoxicated.

One of the victims in the brawl identified Parker as her attacker.

“I suffered multiple kicks to the head resulting in a concussion by Shedida Parker,” the person told NIT. Parker was charged with assault causing bodily injury.

On February 7, Parker plead guilty to both charges, and was assessed fines and court costs totaling $2222.75 along with two days in jail. She is now serving her time in the Cerro Gordo County Jail. 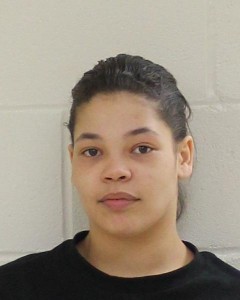