This news story was published on March 27, 2018.
Advertise on NIT • Subscribe to NIT 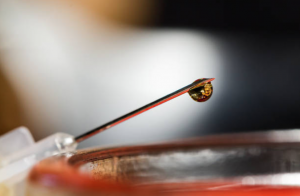 WASHINGTON – The Drug Enforcement Administration will add 250 task force officers and dozens of additional analysts to areas across America where the opioid crisis is at its worst. DEA task forces act as a force multiplier in carrying out DEA’s mission through coordination and cooperation with federal, state, and local law enforcement agencies in the U.S. Historically, DEA task force officers have been some of the most essential and effective partners in building cases against drug trafficking organizations across the globe.

“DEA highly values its partnerships with task force officers and their parent agencies. These additional assets will strengthen the work DEA is already doing every day to make a difference in the fight against opioid abuse,” said DEA Acting Administrator Robert W. Patterson. “Positioning more robust resources such as task force officers in areas hardest hit by this epidemic will provide the strength and support needed to tackle this crisis in regions that need it most.”

Drug overdoses are now the leading cause of injury-related death in the United States, eclipsing deaths from motor vehicle crashes or firearms. Approximately 64,000 Americans lost their lives to drug overdoses in 2016, which was the highest drug death toll and fastest increase in that death toll in American history. This epidemic is being driven primarily by opioids such as prescription painkillers, heroin, and synthetic drugs like fentanyl. Opioids were responsible for approximately 42,000 of the 64,000 drug overdose deaths in 2016.