“Well here we are. Day one of the Senate Democrats’ government shutdown. We did everything we could to stop them. We put forward a noncontroversial bill that contains nothing they even claim to object to. It would continue funding the federal government and secure the future of the State Children’s Health Insurance Program for the vulnerable families that rely on it.

“The bill passed the House. The president said he would sign it. And a bipartisan majority of Senators, Democrats and Republicans, voted for it. The votes were there. The president was ready. The solution to this manufactured crisis was inches away. But then the Democratic Leader took the extraordinary step of filibustering this legislation, preventing it from passing, and plunging the country into this avoidable mess.

“The House of Representatives, the president, and a bipartisan majority of Republican and Democratic Senators all agreed on a compromise bill that would have prevented a shutdown. It would enable Congress to do the common sense thing: Keep negotiating other issues while also providing for our troops, our veterans, and millions of vulnerable Americans. But the Democratic Leader chose to filibuster that bipartisan bill. 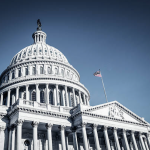 “Yesterday, my friend the senior Senator from New York tried to insist this shutdown was anybody’s fault but his own. He blamed President Trump, because the president wouldn’t resolve months of ongoing negotiations over massive issues in one brief meeting and give the Senator everything he wanted.

“He blamed Republicans in Congress, as though everyone didn’t know that Senate rules allow the minority party, if they choose, to obstruct the American people’s business and filibuster for their own political purposes. These rhetorical gymnastics are not persuasive. The American people see right through this bluster. Like the president, like the House, and like a bipartisan majority of Senators, the American people want long-term solutions on immigration policy. On government spending. On all the major issues we’ve been discussing for months – and will continue to discuss.

“But like the president, like the House, and like a bipartisan majority of Senators, the American people cannot begin to understand why the Senate Democratic Leader thinks the entire government should be shut down until he gets his way on illegal immigration.

“They cannot comprehend why the senior Senator from New York is advising his party to keep the government shuttered for American troops, American veterans, American military families, and vulnerable American children until he gets exactly what he wants on the issue of illegal immigration – a situation which does not even become urgent until March.

“Senate Democrats are starting to realize all this. They are starting to realize that their constituents, the president, the House, and a majority in the Senate are on one side of this. On the other side, all alone, is their Democratic Leader, who invented this unfortunate hostage situation and has led his party into this untenable position.

“Let’s end this foolishness. It’s hurting millions of Americans who have done nothing to deserve it. I invite all my colleagues across the aisle to join together and do what is obviously responsible and right for the people we represent. Let’s reopen the government and then resume the bipartisan discussions on funding our troops, on DACA, on government spending, and on all the other priorities that all of us can work together to resolve.”