DES MOINES – A Hampton man found guilty last year by a jury of murdering his girlfriend with a shotgun blast has lost his appeal in the case.

Ronald Rand, formerly of Hampton, appealed from his conviction following a jury trial for first- degree murder. Rand asserts there was insufficient evidence establishing the elements of premeditation and malice aforethought. The Iowa Court of Appeals, however, concluded there is substantial evidence supporting the jury’s verdict and therefore affirmed his conviction.

According to court records:

On the evening of December 13, 2015, Jason Awe received a phone call from Rand stating there was an accident; Rand’s girlfriend, Michelle Key, had been shot; and he was going to commit suicide. Awe left his home immediately to go to Rand’s home in Hampton. While driving, Awe alerted authorities in Hampton that Rand was suicidal. Awe arrived at Rand’s home before the police and went inside. Awe saw Key in the living room lying back against the couch in an upright position with a large gunshot wound to the left side of her neck. Rand was kneeling in front of Key with his head in her lap. Awe also saw a shotgun on the couch and moved it to Rand’s garage.

After being examined at the hospital, Rand was taken to the jail to be interviewed by Iowa Division of Criminal Investigation Special Agent Chris Callaway. During the interview, Rand explained he and Key had dated on-and- off for approximately eleven years. Rand stated he was informed about a month prior to the shooting that Key had been unfaithful but claimed he had forgiven her. Rand was very emotional during the interview. He stated he pointed the shotgun at Key in a “joking” manner, she grabbed the end of the shotgun and pulled a couple of times, and the shotgun went off. Rand provided inconsistent statements about whether he believed the shotgun was loaded at the time, his reasoning for getting the shotgun, and whether his finger was on the trigger.

Posts from Rand’s social-media account were admitted at trial. There were a number of posts made by Rand in November 2015 about Key’s infidelity. In one social-media comment written on November 14, Rand stated, “I just keep the mental homicides going can’t seem to get out of my head doctor says its okay long as I don’t act on it . . . .”

On November 15, Rand wrote, “Hopefully I’m headed in that direction right now I’m still working on mental homicide . . . .” And on November 26, Rand wrote, “Not feeling too thankful this year complete end to an 11 year relationship, cheating, betrayal lies and more . . . whatever happened to loyalty and trust.”

Rand also posted photos to his account of himself posing with the shotgun. Rand borrowed the shotgun from Awe shortly after he learned of Key’s affairs. Rand testified he obtained the gun for “home defense” because he had been burglarized in 2012. Rand also testified he had been threatened by the man Key was involved with, John O’Brink. Rand stated he posted the pictures of himself with the shotgun on social media “for one, just to show that I have it in case the one who burglarized my house might still be around. And the other one was I knew that John would be checking my Facebook page . . . and I wanted him to see that.”

The jury trial commenced on August 22, 2016. At trial, Rand testified he got the shotgun out on the evening of December 13, 2015, “So I could show it to [Key], how it worked and everything.” Rand stated he was “chucking the barrel to make the slug come out of the gun” when Key grabbed the end of the shotgun, Rand pulled away, and it went off. Rand testified he did not clearly remember the events during or after the shooting.

At trial, Rand testified “mental homicide” was something recommended to him by his sponsor in an substance-abuse program to manage anger. Rand stated he was told “if you feel like, you know, being that mad or if you get ticked off at somebody, you can commit mental homicide, and you don’t act on it.” 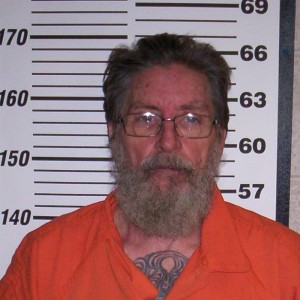