This news story was published on August 31, 2017.
Advertise on NIT • Subscribe to NIT

SIOUX CITY, IOWA – Three men from Webster City have been sent to federal prison for well over a decade each for a methamphetamine conspiracy.

At the guilty plea, each admitted to their involvement in a conspiracy that distributed methamphetamine in the Webster City, area. On a number of occasions in the fall of 2016, Phatdouang, Van and Touy distributed and aided and abetted each other in the distribution of methamphetamine in controlled drug transactions with law enforcement. During a number of search warrants executed at the residences of Phatdouang, V. and T. Khamsai in Webster City on December 1, 2016, law enforcement officers seized approximately 26 pounds of methamphetamine, 30 pounds of marijuana, over $67,000 cash, and eleven firearms. 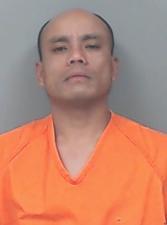