Business leader: Apple deal gets an ‘A’ for return on investment

This news story was published on August 31, 2017.
Advertise on NIT • Subscribe to NIT 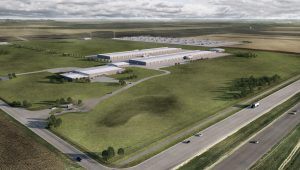 Datacenter to be built in Waukee

DES MOINES – John Stineman, head of the nonpartisan Iowa Chamber Alliance, penned a column in The Des Moines Register Thursday laying out why last week’s Apple announcement is not only great for the state’s reputation as a worldwide technology destination, but also is a sound investment by state and local leaders.

Let’s look at the facts.

For starters, this deal doesn’t cost Waukee or its taxpayers a single penny. The “investment” by Waukee is foregoing only a portion of a massive increase in its tax base. The proposed Apple site is currently used as farmland, and is taxed as such, bringing in less than $100,000 annually. Once Apple purchases the site, Waukee will yield $3.75 million annually in property taxes from the same land. That’s $74.9 million in new property taxes during the abatement period. And in the first year after the abatement, the city will get $13.2 million or more per year — assuming no increase in valuation.

The net cost for all of this for Waukee? Zero. It is literally all upside.

The decision to award $19.65 million in state incentives is not easy. It never is. It’s the taxpayers’ money. And unlike Waukee’s “all upside” proposition, for the state it’s a strategic investment.

Gov. Reynolds had to examine what the return on investment would be for all Iowa taxpayers.

It’s not just about 50 high-quality jobs. It’s about spurring economic activity through a capital-intensive project to create more jobs, more investment, more business and consumer spending, and more overall growth. The growth the project generates needs to be able to pay the taxpayers back with a demonstrated return on the taxpayers’ investment.

The governor knew that the project was guaranteed to generate no less than $19.65 million in sales and use tax — so the taxpayers are made whole just in the construction phase of the data centers.

7 Responses to Business leader: Apple deal gets an ‘A’ for return on investment