This news story was published on August 28, 2017.
Advertise on NIT • Subscribe to NIT

CEDAR RAPIDS – An illegal alien from Kenya has been charged with a federal crime after he was caught in Iowa recently pointing long gun at people who passed by his house.

Kevin Oscar Naholi, 40, a Kenyan citizen residing in southwest Cedar Rapids, Iowa, has been charged with one count of possessing a firearm as an alien unlawfully in the United States. The charge is contained in a Complaint filed today in United States District Court in Cedar Rapids. 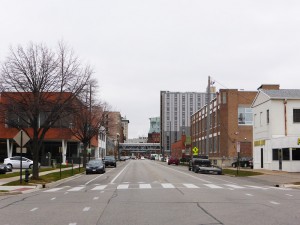 The Complaint alleges that on or about early Friday evening, August 25, 2017, Naholi was observed outside his residence pointing a long gun towards passersby. When police responded to the scene Napoli retreated into his residence and an eleven-hour standoff ensued. Cedar Rapids Police sought to negotiate with Naholi during that time but he refused to come out of the residence. At about 4:30 a.m. on August 26, 2017, a special response unit of the Cedar Rapids Police Department safely entered the residence and took Naholi into custody.

The complaint alleges Naholi entered the United States from Kenya in 2003 on a student visa. However, when Naholi failed to register for classes as required by the visa, the visa was revoked in 2004. Naholi subsequently sought unsuccessfully to gain lawful status in the United States.

If convicted on the charge in the Complaint, Naholi would face a possible maximum sentence of 10 years’ imprisonment, a $250,000 fine, $100 in special assessments, and 3 years of supervised release following any imprisonment.­

Naholi appeared today in federal court in Cedar Rapids and was ordered detained without bond. The United States has 30 days in which to present this case to a grand jury for a formal charging decision.

The case is being prosecuted by Assistant United States Attorney Richard L. Murphy and is being investigated by Homeland Security Investigations and the Cedar Rapids Police Department.