CLARKSVILLE, IOWA – A fire was allegedly set on purpose at the Clarksville city hall, leading to the arrest of a local man.

The fire was Saturday at the Clarksville city hall, 115 West Superior Street. Reportedly, there was some kind of altercation prior to the fire, which caused significant damage to the building. Emergency responders and law enforcement were called, and 23-year-old Nicolas James Wessels of Clarksville was arrested by the Butler County Sheriff’s Office on charges of felony second-degree arson and felony second-degree criminal mischief.

Wessels remans held in the Butler county jail at this time. 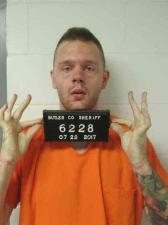