CLEAR LAKE – A Clear Lake man who place say was under the influence of drugs ran down a bicyclist and now faces felony charges.

Horst was the driver of a 2016 Hyundai Veloster that struck a bicyclist in Clear Lake in the 2200 block of Main Avenue on September 27, 2016. Horst is alleged to have driven his car under the influence of drugs, intentionally striking the bicyclist causing serious injury. The relationship between the two parties is unconfirmed at the time of this release.

The Iowa State Patrol assisted the Clear Lake Police Department in the investigation. 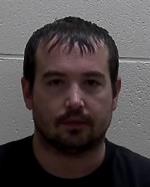