This news story was published on August 31, 2016.
Advertise on NIT • Subscribe to NIT 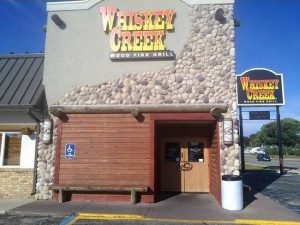 MASON CITY – A local eatery has closed, and some are seeking answers as to how to redeem valid gift certificates.

The Whiskey Creek restaurant, located at 1519 4th Street SW in Mason City, abruptly closed late Tuesday. It had been reported in other local media that it would stay open through Wednesday.

Reportedly, the owner, Jay Kavigne, simply made a “business decision” to close up. It was said the food ran out Tuesday and the doors were locked.

As the restaurant shuttered late Tuesday – apparently a day early – a local man who has been a Whiskey Creek patron for many years is wondering what to do with his $150.00 Gift Card from this establishment. 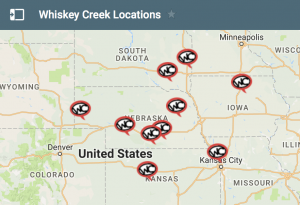 “I’ve had this card for over a year, and haven’t yet used it,” the man said. “I read on NorthIowaToday.com that Whiskey Creek would be closing on Wednesday. So on Tuesday – late afternoon – I tried to go online, to get the phone number. But the website indicated that the place was, quote, Permanently Closed’.”

The man called the Whiskey Creek coporate offices (308-234-2757) in Kearney, Nebraska, and was assured that all Whiskey Creek gift cards were redeemable at any of the company’s franchises. “But,” he said, “Who wants to drive out of state just to use a damn gift card? Had I known that they were actually still open yesterday afternoon, I’d have gone in and gotten full value.”

Ms. Johnson says that anyone with a Whiskey Creek gift certificate could redeem it at another Whiskey Creek restaurant. Problem is, the closest ones are in Nebraska, South Dakota and Kansas.

“Or, you could call Mr. Kavigne himself,” she offered.