Two candidates to face off to replace Byrnes in Iowa legislature

This news story was published on March 26, 2016.
Advertise on NIT • Subscribe to NIT 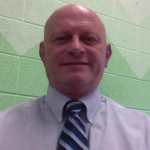 OSAGE, IOWA – A North Iowa mayor and principal will face off in this November’s election for a seat in the Iowa House of Representatives.

Tim Hejhal, an Osage school principal, is unopposed in the Iowa House of Representatives District 51 Democratic primary. He will face Northwood mayor Jane Bloomingdale, who is also unopposed in the Republican primary.

Currently, the District 51 seat in the Iowa House of Representatives is held by Josh Byrnes, a Republican, who announced in February he would not seat re-election.

Elections for the office of Iowa House of Representatives will be held on November 8, 2016. The candidate filing deadline was March 18, 2016.

Members of the Iowa House of Representatives serve two-year terms and are not subject to term limits. Iowa legislators assume office the first day of January after their election.