This news story was published on May 27, 2011.
Advertise on NIT • Subscribe to NIT

Mary Madison lives on Mason City’s west side and is a member of a group of citizens called Concerned Citizens for Clean Air (CCCA). Mary and the CCCA are addressing Vi-Cor’s recent expansion in Mason City and what they call “obnoxious odors” that Vi-Cor’s manufacturing plants produce. The CCCA claims Vi-Cor promised to clean up the smell before moving into their neighborhood. Residents have noticed a new, unpleasant odor in recent days, which they say is coming from Vicor’s new operation on South Benjamin Avenue in Mason City’s Industrial Park.| 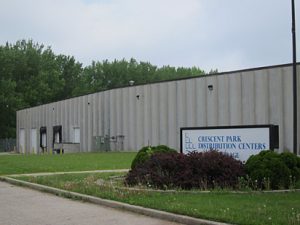 It’s spring in Mason City. Open your windows. Step outside your door. Sit on your deck. Before long, night or day, you’ll smell an odor that is obnoxious. It will drive you back into your home and force you to shut your windows. You’ve smelled that odor before on the east side of Mason City but it permeates into downtown Mason City as well. Now that odor permeates all over Mason City. What is this odor? Vi-Cor has opened their second manufacturing plant. The original plant, decades old, is on South Carolina Avenue and the new, second plant is on South Benjamin. The South Benjamin plant is operating 24/7 and is sending extremely unpleasant odors across Mason City as does the original plant.

I was born and raised in Mason City. I love this town. I, like you, want businesses to come to Mason City and hire our great citizens. I want the economy to pick up and prosper as it once did. I want our youth to be proud of Mason City and stay and/or return to raise their families here. Mason City deserves to be vibrant and inviting!

I am part of an organized group of citizens ñ Concerned Citizens for Clean Air ñ that was formed in the fall of 2007 to address these odor concerns. We met with City officials and received this promise from Brent Trout in a November 9, 2007 letter:

“The City of Mason City has informed Vi-Cor of the requirements for use of the property at the new location (South Benjamin). The City has told Vi-Cor that the odor emitted at their current facility is not acceptable at the new facility. We will verify that their plans include the equipment needed to eliminate the odors when they submit their plans for approval of their building permit. The City staff will monitor the construction progress and installation of the equipment as we do all construction projects for the City of Mason City. We will ask to be present at testing of the thermal oxidizer and any other equipment designed to reduce the odor to verify it is operational before they are given a certificate of occupancy and begin production. If the equipment is not working as planned and an excessive order exists the City will contact the owner and inform them of their violation of zoning requirements.”

The CCC held an informational meeting on November 15, 2007 at the Holiday Inn during which various staff of Vi-Cor, including Mark Holt, President of Vi-Cor, promised to install a thermal oxidizer into the South Benjamin plant before beginning operations there. He promised in front of a group of over 100 citizens to be a good neighbor. The informational meeting was taped with the knowledge beforehand of all individuals speaking that evening. You’ll see a portion of that meeting on this website. 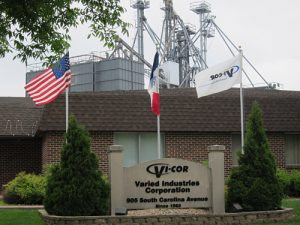 A promise is a promise. The promise from Mark Holt of Vi-Cor has been broken. There is no thermal oxidizer at this location just as there is no such equipment at the original plant. The City issued a permit to do renovation in this plant on July 2, 2010 ñ the day after the new zoning ordinance took effect. The City promised to require Vi-Cor to install a thermal oxidizer at the South Benjamin plant. This promise was broken as well.

These broken promises affect the whole of Mason City and all its citizens. We all strive to be good neighbors. Industrial Park has good neighbors now ñ Coca Cola, Sunnyfresh Foods, the ICE railroad just to name a few. Sunnyfresh has a thermal oxidizer installed. The CCC toured that facility and learned a great deal about this equipment.

No matter where you live in Mason City, you are affected by these obnoxious odors. All of our hard-earned tax dollars that have been spent on the renovation of the Mason City Public Library, the restoration of the Park Inn hotel, the streetscape in downtown, the addition of Music Man Square ñ all of the visitors that hopefully will spend time & money in Mason City will be subjected to these odors because of these broken promises. How will we explain that we are proud of our city yet continue to allow the odors to permeate the air when we step outside? How many of these visitors will return to Mason City?

Vi-Cor and the City of Mason City: I call on you to honor your promises and respect the neighborhoods of this town. Do it now!

Watch video:
A presentation was made to Mason City residents by Vi-Cor executives in November of 2007. The presentation was made in order to answer questions from residents about complaints about smell that Vi-Cor’s manufacturing plant produces and how the company would deal with it. At that meeting, Vi-Cor President Mark Holt promised to be a good neighbor and eliminate the smell his company produces, using a thermal oxidizer.

Publisher’s note:
NorthIowaToday.com has been told that Mason City citizens in the vicinity of South Carolina Avenue and 12th Street SE, near Vi-Cor’s main plant, are very concerned about the smell coming from Vi-Cor’s plant there. Citizens in that neighborhood are also considering organizing.

Vi-Cor says on its website that “Varied Industries Corporation (Vi-COR), is a manufacturer of world class fermentation products for animal feeds. Vi-COR is an established global company with 40 years of fermentation research and development located in Mason City, Iowa, USA.”