CLEAR LAKE – A Clear Lake man with at least three drunk driving convictions is guilty of another alcohol-related crime, this time operating a boat while intoxicated.

An Iowa Conservation Officer performed a breath alcohol test on a male at the Cerro Gordo Law Enforcement Complex at 6:12 PM. Records show the results were 0.154 and 0.153 – nearly double the legal limit. It was the only breath alcohol test performed on a male on June 27. Orfield was booked in the jail at 6:31 PM that evening on the boating while intoxicated charge.

On January 11, 2016, Orfield pled guilty to boating while intoxicated. He was sentenced to two days in jail and ordered to pay $1,552.00 in fines and court fees.

Orfield pled guilty in 2013 to felony third offense operating while intoxicated.  He had been arrested by Clear Lake police.  He was also arrested by CLPD in 2011 and charged with second offense operating while intoxicated, to which he pled guilty.  Mason City police arrested Orfield in 2007 for his first drunk driving charge, and he was guilty in that case as well. 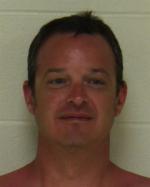