This news story was published on November 10, 2015.
Advertise on NIT • Subscribe to NIT 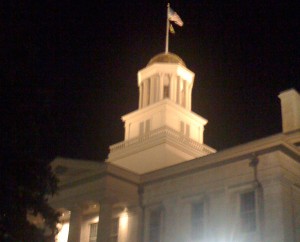 IOWA CITY – Police in Iowa City say they now have in custody a suspect in a series of incidents in which women were groped on campus.

Earlier Tuesday, University of Iowa Police announced in a “Hawk Alert” that they had “received 3 reports of a male groping women in the areas of the UI Hospital, Main Library, and Hospital Ramp 4.”

The suspect was described as a white male, 5’10” wearing a red flannel shirt, with ripped/torn jeans, and flip flops.

Later this afternoon, university police said “the subject from previous Hawk Alert is now in custody.” That suspect was not immediately named, nor were any charges announced as of yet.

The university has been battling an on-going issue with campus rapes and sexual assaults, much like many other college campuses around the country. The university had promised a much keener response system heading into this school year.

2 Responses to Cops catch groper on University of Iowa campus