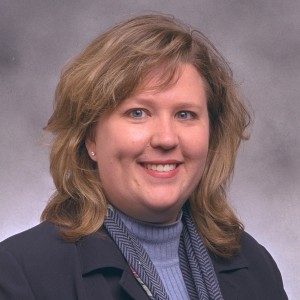 One state director’s relocation expenses, which included closing costs on a Des Moines condo, have raised questions about executive benefits and who signs off on perks paid for by Iowa taxpayers.

Courtney Kay-Decker (pictured, from http://www.iowa.gov/tax/contact/diroffic.html) received more than $8,000 in relocation expenses during the first three months after Iowa Gov. Terry Branstad appointed her to lead the Department of Revenue in January 2011.

Included in the expenses were nearly $1,700 in closing costs on a $210,000 condo in downtown Des Moines and $1,000 in professional moving services.

However, Kay-Decker works in Des Moines an average of only 12 business days a month and maintains a family home in Davenport. Reimbursement for closing costs is allowed only if the new hire changes her principal residence.

“Sounds like a damn good deal for her,” said Rep. Clel Baudler, R-Greenfield. “I don’t like it for the fact it isn’t up front and the same for everybody.”

Sen. Tom Courtney, D-Burlington, said he planned to bring up Kay-Decker’s relocation expenses to the Government Oversight Committee, which he chairs.

“The average Iowan would say why are they paying for someone’s closing costs on a condo in Des Moines?’ ” Courtney said.

Relocation only for principal residence

A 2011 state audit suggested the Department of Administrative Services lower the maximum to 10 percent of an employee’s salary — as many other states do — but the agency stuck with the higher level.

New hires may qualify for relocation reimbursement if the move is “for the primary benefit of the state, a permanent change in duty station is required and the individual must change his or her place of personal residence beyond 25 miles.”

Kay-Decker, 39, was working as an attorney with the Davenport law firm of Lane and Waterman when Jeff Boeyink, Branstad’s chief of staff, approached her in December 2010 about leading the revenue department. The 288 revenue employees collect taxes, process tax returns, conduct audits and review tax policies.

Kay-Decker told Boeyink she would take the job only if she could spend half her time in Davenport with her husband and two children.

“She made it clear she is still a working mother,” Boeyink said. “Some level of telecommuting has to be part of it. We said, ‘We can make it work.’ ”

Of the $8,300 Kay-Decker collected, $1,688 was for closing costs on a one-bedroom, 1,270-square-foot condominium near Principal Park in downtown Des Moines. The $210,000 condo is co-owned by Kay-Decker’s husband, tax accountant Ed Decker.

State policy allows new hires to collect closing costs “incurred by the employee incidental to the purchase of a new principal residence.”

Deputy State Auditor Tami Kusian said she interprets “principal residence” to be the place where your family lives and where an employee spends the bulk of his or her time. “To me the policy is pretty clear,” she said.

As Kay-Decker’s hiring authority, Branstad was required to approve moving expenses and decide to what extent the funds could be tapped. Boeyink said the governor didn’t micromanage what department heads spent on relocation.

“The fact that she requested that and received it doesn’t mean it’s inappropriate,” he said.

Benefits lower for other directors

Kay-Decker, paid $148,500 this year, was hired at the same time as several other department directors — all of whom earn less money and received significantly less in relocation expenses.

“The only expenses he asked the state to cover were moving expenses,” Jeff Berger, chief financial officer with the Department of Education, said about Director Jason Glass.

Mariannette Miller-Meeks, who Branstad named to lead the Department of Public Health, commutes from Ottumwa to Des Moines almost every weekday, she said. The state does not pay mileage, and when Miller-Meeks stays overnight in Des Moines, she pays for her own hotel room.

Rod Roberts bought a town house in Urbandale after he was appointed to lead the Department of Inspections and Appeals in December 2010. The state did not help Roberts buy his home, nor did he get moving expenses, he said.

Telecommuting: The future for department heads?

A 2011 Cornell University study of nine Fortune 500 companies showed an average of half of each company’s employees spent at least part of their time working virtually. Not only is the arrangement a good recruiting tool, it can cut costs for the company, the study showed.

Kay-Decker spent an average of 12 days a month working in Des Moines for her first 15 months on the job, said Victoria Daniels, public information officer for the department.

A Gazette open records request for Kay-Decker’s badge swipes upon entering the Hoover Building in downtown Des Moines showed she did so 11 days in February, 14 days in April and 13 days in May. March badge swipes were not available.

Kay-Decker declined to be interviewed by phone for this story, but in an email response said she appreciates Branstad allowing her to work from home.

“The governor believes very strongly that the talent pool for department directors should not be limited to individuals who reside in Polk County or individuals without family ties in another Iowa location,” Kay-Decker wrote.

Kay-Decker communicates with staff through email, phone and Skype, she said. “There are so many ways to communicate and interact today. It really speaks directly to my overarching goal for the Department of Revenue — to make us more efficient by utilizing technology.”

However, several government leaders and lawmakers in Iowa said they believe a department head should work on site as often as possible.

“My personal leadership philosophy requires I actually be here in the office Monday through Friday,” Roberts said. “On any given day, people call or stop by to visit. Because I’m here, it allows the public an opportunity to interact with me.”

“I just assume my job is to be here and function as head of my department,” she said. However, Miller-Meeks is looking at a program to allow public health employees to spend one day a week working from home or at an alternate location.

Still, telecommuting doesn’t cut it for department heads, Rep. Baudler said: “The director should be in Des Moines during the week.”

Kay-Decker has made great progress in the Revenue Department, according to her staff and Boeyink.

The department has started imaging, rather than printing, tax returns, which has reduced the cost of processing a paper return from $4.36 in fiscal 2010 to $2.52 this year, public information officer Daniels said.

Revenue officials have increased collection of delinquent taxes and eliminated nine field offices, allowing those employees to work from home. The department’s annual budget has increased by 11 percent since Kay-Decker took office, and the number of full-time employees has dropped by 23.

“It’s about performance,” Boeyink said. “With the savings she’s extracted over there, if it took $8,000 to make that happen, I think it’s a great investment.”