STORM LAKE – Police said a mom played the pass-out game with her sons which led to her arrest on child endangerment charges.

According to a statement, police allege Cordova and her sons, ages 13 and 7, played a game where they denied themselves oxygen, causing the older boy to fall and hit his head.

Cordova was arrested, booked and released from the Storm Lake jail on September 3 and awaits an undisclosed court date.

According to faithhopeandcharity.org, Jennifer Cordova of Storm Lake is the Director of Development at Faith, Hope and Charity. The town’s local newspaper, storm lake.com, reported in July that she is “enjoying her new position. She began in April after working in sales and marketing for 14 years in Houston for the Metro National Company.” 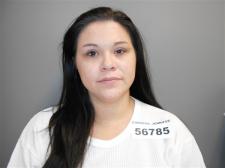