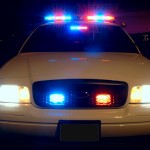 OKOBOJI – A traffic stop by a Clay County Deputy landed an Okoboji woman in the Clay County Jail on numerous drug charges.

At approximately 1:28 AM, Wednesday, August 27th, 2014, a Clay County Deputy initiated a traffic stop on a vehicle for a traffic violation. Upon investigation, the Deputy smelled a strong odor of marijuana coming from the vehicle and confronted the driver, Asia Re Naye Visocsky, 22, 1301 Lake Shore Drive, Okoboji, Iowa, about the odor. Upon further investigation, marijuana was located and Visocsky was placed under arrest.

Upon conducting a search of the vehicle, approximately 70 grams of marijuana, 8 grams of Psilocybin (shrooms), ½ gram of Cocaine, 3 dosage units of Hydrocodone and drug paraphernalia were located. Visocsky was transported to the Clay County Jail w/o incident where she was turned over to jail staff charged with Possession of Drug Paraphernalia, a Simple Misdemeanor, P.C.S.-Cocaine, P.C.S.-Psilocybin, and P.C.S.-Hydrocodone, all Serious Misdemeanors, Possession of Marijuana w/ the Intent to Deliver, a Class “D” Felony, and two counts of a Drug Tax Stamp Violation (Psilocybin) and (Marijuana), both Class “D” Felonies. Visocsky was held to appear before the magistrate and later released from jail. 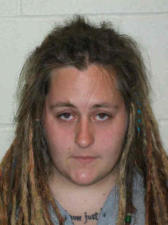