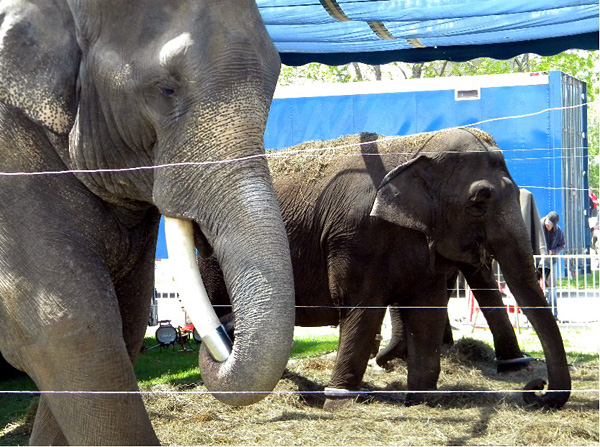 MASON CITY – Mason City police were called Sunday night about a complaint about the treatment or condition of elephants at the circus that was in town at the North Iowa Events Center.

According to police, at about 7:10 PM Sunday evening, police took a call from a citizen who asked police to check on the condition of elephants who were performing at the Shriner’s Circus at the All Season’s Building at the events center. Reportedly, some of the animals had sores and some were concerned about their treatment by handlers.

However, police told NIT that the “elephants appeared fine and did not appear to be in distress.”

Earlier that day, there were some protestors near the area where the circus was held.  They also formed a petition earlier in the week, asking people to support not bringing the circus back to Mason City.