MASON CITY – A Mason City man who went on a crime spree last fall was sentenced to ten years in prison last week.

Zachary James Kantaris, age 21, received ten years in prison and must pay nearly $18,000 in restitution for pleading guilty to a charge of first degree criminal mischief.

The charges all stemmed from incidents caused by Kantaris on the morning of October 26, 2013.

The trouble began sometime before 2:44 AM when police were called to the zero block of 23rd Street SW on a report that a truck had struck a home and then left the scene. A witness followed the truck to a residence just outside city limits on 34th Street SE and notified police.

Officers soon arrived at the residence and arrested Mr. Kantaris and took him to jail.

As officers investigated the full extent of the actions of Mr. Kantaris, more potential lawbreaking was discovered. Investigators uncovered that he had broken into Key Wholesale, located at 1136 South Carolina Avenue, and caused damage to several doors and windows and took a laptop computer owned by the business. Police further alleged that Mr. Kantaris then went to the Alliant Energy Warehouse located at 622 15th Street SE where he entered an employee’s vehicle and then stole a pickup truck owned by Alliant Energy and drove it through a security gate, destroying it. He then drove the stolen truck to the 23rd Street residence and intentionaly crashed into the house twice and then fled the scene. The residence was occupied at the time of the incident but no one was injured.

Kantaris was also found guilty of violating the terms of the probation he was already serving. He received a five year prison sentence for that, to be served concurrently with the ten year sentence. He was transferred to the Oakdale medical classification facility in Coralville on Wednesday, March 5. 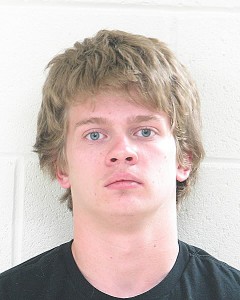