According to police, 44-year-old Chad Ryan Tannahill was wanted for failure to pay child support and was located near the 200 block of North Madison Avenue in Mason City Friday just before 4 PM. After a short foot chase, Tannahill was apprehended by Cerro Gordo deputies.  After an investigation at the scene, Tannahill was also charged with possession of methamphetamine with the intent to deliver and possession of drug paraphernalia.

At least seven officers were involved in the arrest.

Tannahill is serving 29 days in jail at this time. 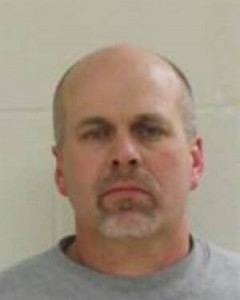