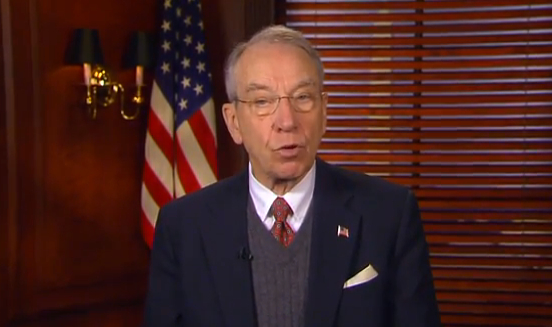 After nearly six years of rigorous regulatory review, approval for the more than 1,700-mile Keystone XL oil pipeline remains in limbo. The TransCanada Corporation awaits a U.S. Presidential Permit to begin construction of the transcontinental infrastructure connecting a 36-inch pipeline system from Alberta, Canada, to Steele City, Nebraska. Starting from the oil sands of Canada through the Bakken region in Montana and North Dakota, the pipeline would carry up to 830,000 barrels per day of crude oil to U.S. refineries in the Gulf Coast region. Its completion has the potential to bring enormous economic growth and energy stability to the United States. Imagine if the United States would be able to supply 100 percent of its fossil fuel demand from North American sources. Giving the green light to the Keystone XL pipeline would help get us closer to making that a reality. There’s a lot riding on the decision. Policymakers and regulators are factoring into account its potential effect on job creation; energy independence; air, water and soil quality; and, economic growth.

As with most areas of public policymaking, politics looms large in the debate. With all that’s known to date, approval of the Keystone XL pipeline is good for America. It would improve our energy stability, jump-start economic growth and job creation (this is genuinely a shovel-ready jobs and infrastructure project of the kind the President likes to champion) and reduce reliance on foreign sources of oil, and that’s beneficial for America’s national security interests. Let’s consider a few of the President’s possible choices:

1. Transport oil through America’s Midwest rather than importing it from the Middle East.
2. Transport oil via underground pipeline rather than posing greater risks to public, traffic and environmental safety with alternative shipment by rail or road.
3. Lead the way on regulatory approval, oversight and compliance of traditional fuels and oil development.

As the President has said when it comes to meeting the needs of America’s energy supply-and-demand equation, the answer to the question is: “All of the above.” Keep in mind that relentless scrutiny by environmentalists, landowners, residents and local leaders along the proposed route through the Ogallala Aquifer in Nebraska prompted TransCanada to reroute the Keystone XL pipeline. The new route under review recognizes efforts to safeguard the natural resources of the Sand Hills. Like many Iowa farm families, I appreciate the ecological impact and property rights issues that have been raised. Robust debate helps identify problems and resolve differences. That’s the beauty of America’s system of self-governance and checks and balances.

The U.S. State Department recently released its final long-awaited environmental impact review. Its analysis concluded the pipeline would not bear significant environmental impact and would provide the safest way to transport oil. It also found that rejection of the pipeline will not affect Canada’s decision to develop these oil resources. Let’s not be naive. If the President rejects the permit application, TransCanada is not going to pick up its marbles and get out of the oil business. Canada will continue to develop its resources. President Obama has an opportunity to advance U.S. energy security by forging a partnership with one of our most stable trading partners on the planet. This is a golden opportunity to put the public interest above political interests. From national security advisors to labor leaders, members of the military and veterans service organizations and bipartisan advocacy on Capitol Hill, there is ever-growing public support for Keystone XL. In March 2013, President Obama told the Senate Republican Caucus that he would make a decision on the Presidential Permit before the end of 2013. It’s time for a Presidential decision in support of the Keystone XL pipeline.