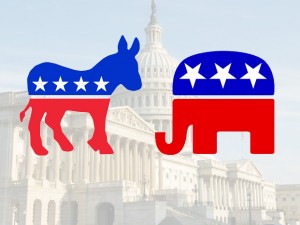 “First, I want to thank the thousands of Iowa voters who turned out to vote in the Democratic Primary. And I want to congratulate tonight’s winners and all of the hardworking candidates who had the courage to stand up for the ideals of the Democratic Party by putting their names on the ballot. Running for elected office is a major commitment, and I applaud all candidates, their staff and volunteers for engaging Democratic activists all across our state. And now that the results are in, the Iowa Democratic Party will turn our full focus to November’s general election. When Iowa Democrats win, Iowa families win.”

“Iowans are frustrated by the lack of support for public education from Republicans in the Iowa Legislature. Iowans are appalled at the do-nothing, no-compromise, shut-down-the-government inaction of Rod Blum, David Young, and Steve King. Iowans are aghast at the childish actions of long-time Senator Chuck Grassley as he sits on his hands and refuses to do his job. And Iowans are shocked by the actions of Republican presidential nominee Donald Trump. Trump’s hateful rhetoric toward immigrants, his disrespectful and belittling comments about women, his overtly racist remarks about American citizens, and his cowardly mocking of Americans with disabilities are truly disgusting. And his views on the American economy, and foreign policy are downright dangerous to the future of this great Nation.”

“I’m so proud of the Democrats who won today. We know that these women and men running for the legislature will fight for a better future for Iowa’s working families. We are confident that Monica Vernon, Jim Mowrer, and Kim Weaver will send Iowa’s Republican congressmen into retirement. We know Patty Judge will hold Chuck Grassley accountable for his partisan obstructionism on the Supreme Court. And we know that our Democratic nominee for President will unite the Iowa Democratic Party against Donald Trump and lead us to a blue state in November, up and down the ballot.”