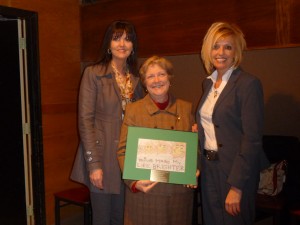 The Champions for Children Awards are presented each year to honor legislators who have been advocates for Iowa’s children and families. Because children do not have a voice, it is critical that we honor legislators and other key decision makers who act as voices for our children and champion services and supports for them.

Senator Ragan is an Assistant Senate Majority Leader, chair of the Human Resources Committee and vice-chair of the Health and Human Services Budget Subcommittee.

“We honor Senator Ragan because through her work that she does every day, Amanda exemplifies the Coalition’s mission, to influence and shape policy and practice for the betterment of Iowa children and families and the organizations that serve them,” said Kristie Oliver, Executive Director of the Coalition. “It is so important that we recognize the individuals who improve the lives of children and families in need.”