Did Corridor’s Brent Willett promote himself? 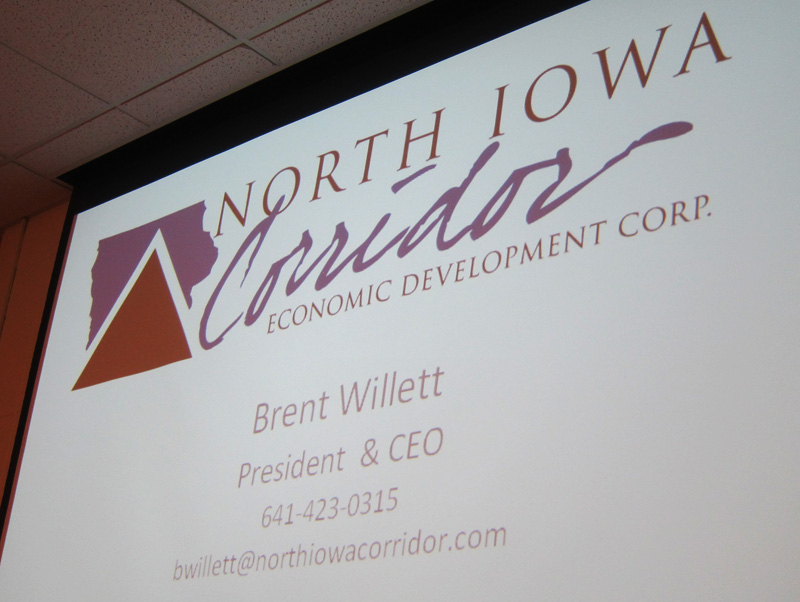 Did Mason City’s $9.50 man give himself a promotion?

Brent Willett, the “face” of economic development in North Iowa since 2011, was hired that year as the “Executive Director” of the North Iowa Corridor Economic Development Corporation, sometimes known as the EDC.  Mr. Willett requests hundreds of thousands of taxpayer dollars – cumulatively, each year – from Mason City, Clear Lake and Cerro Gordo County, to bring jobs to the region.

So far, his greatest achievement after two years leading the EDC was bringing a few dozen jobs to Mason City that pay $9.50 per hour.

After Mayor Eric Bookmeyer called this accomplishment an over-achievement (Willett had “exceeded expectations”) and our City Council called it “amazing,” it seems Mr. Willett has given himself a promotion.

At the last Mason City City Council meeting, Mr. Willett gave one of his typical, boring, skewed presentations on how everything in North Iowa is hunky-dory.  He talked about “boundary clusters” and a theoretical “sizable economic development project” that he and his staff have never even whiffed at once.

At the end of his sleep-fest, Mr. Willett left a screen on the overhead projector that some people may not have noticed.  You see, with this group of cronies, you need to pay attention to everything – the details – because they will sneak one in on you.

Well, perhaps, but if you read between the lines, going from “Executive Director” to “President and CEO” looks good on a … resume.

I have been telling NIT readers for three years, many of these cronies are resume builders who are here for … a short time.

Willett wants out of North Iowa.  His wife just left the United Way, too.  This guy wants out, now, and I would bet the farm he and his wife are on Monster.com and LinkedIn.com and CronyforHire.com looking for work.

Mr. Willett, in your job interviews, don’t brag about the $9.50 jobs or your excursions to the Other Place for a drink with Eric Bookmeyer.  It won’t serve you well.