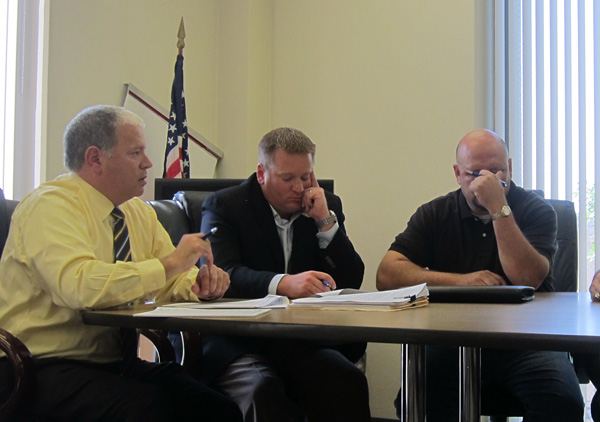 MASON CITY – A complaint has been filed with the Iowa Civil Rights Commission in Des Moines against government officials at City Hall in Mason City.

It was reported in a local media source that the issue was a lawsuit, which is not correct, another source told NIT.

“There are envelopes in all the inboxes from the Iowa Civil Rights Commission,” at City Hall, an informer told NIT Tuesday afternoon.  “Trout, Bookmeyer got one.  All the council and a couple in the boxes for the Human Rights Commission.  They must have run right to the press with it.”

Yet another source told NIT that there was a story in the local media about a lawsuit.

“It took me by surprise, because it’s not a lawsuit,” the source indicated.  “It’s a civil rights violation complaint.”

It was reported to NIT some weeks ago that newly-appointed Human Rights Commissioner Mark Stanton was overheard and seen at the Mason City Country Club just hours after his very first Human Rights Commission meeting.  A source who was also at the Country Club and standing near Mr. Stanton that Thursday evening informed NIT that Mr. Stanton was referring to Lionel Foster and bragging that “we finally have him” and “we just have to pay this guy off and he is gone for good.”  The source indicated that Mr. Stanton was inebriated and picking up other people’s drinks by mistake and drinking from them.  A call was made to Mr. Stanton’s business seeking clarification on the matter but NIT received no call back.

Officials at City Hall have moved Blue Zone staff and materials into the offices where the Human Rights business was once conducted.

More on this developing story this week.