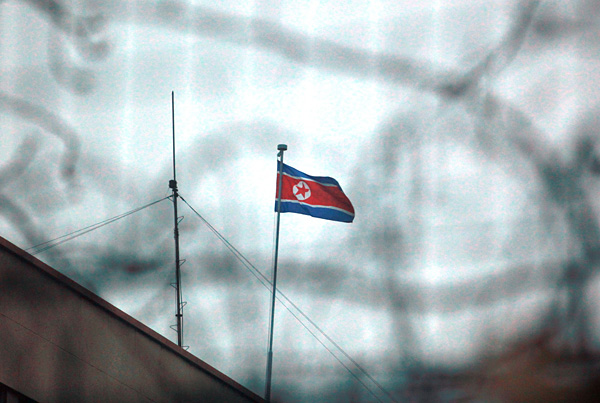 Report from the RAND Corporation:

The current North Korean government, led by Kim Jong Un, has showed signs of instability for some time and most experts agree that a collapse is likely. It is more a matter of “when” than “if” it will occur, says Bruce Bennett, the study’s author and a senior defense analyst at RAND, a nonprofit research organization.

The study describes many of the possible consequences of a North Korean government collapse, including civil war in the North, a humanitarian crisis, the potential use and proliferation of the nation’s chemical, biological and nuclear weapons, and even war with China.

Failure to establish stability in North Korea could disrupt the political and economic conditions in Northeast Asia and leave a serious power vacuum for a decade or longer, Bennett said.

The study examines ways of controlling and mitigating the consequences of a North Korean government collapse, recognizing that the Republic of Korea and the United States almost certainly will need to intervene in the North, even if only to deliver humanitarian aid. They will likely seek Korean unification as the ultimate outcome.

Preparation is required because the situation in North Korean could deteriorate rapidly. Food and medicine already are in short supply, and a collapse would lead to hoarding that would leave many people starving. A simultaneous deterioration in internal security could force people to leave their homes, making it even more difficult to deliver humanitarian aid.

The Republic of Korea and the United States must be prepared to rapidly deliver food supplies throughout all of North Korea, Bennett said. Prompt delivery requires preparing stockpiles of food and practicing delivery methods.

The nations also must also be prepared to quickly achieve a degree of stability and security in the North. This requires co-opting North Korea military and security service personnel. A failure to do so would lead to military battles with North Korean forces and a defection of some of those forces to insurgency or criminal activities, which could disrupt local security for years and perhaps even frustrate unification.

The North Korean personnel must be convinced that they will be treated well and can achieve better lives after unification. Already, information is leaking into North Korea that challenges the regime’s propaganda claiming that people in the Republic of Korea lead lives that are even worse than people in the North.

North Korean troops also pose a serious threat in the potential use of weapons of mass destruction. These weapons appear to be dispersed among a large number of facilities, at least some of which have not been identified, making it difficult to quickly eliminate the threat. Prompt, prepared action is more likely to secure much of the weapons of mass destruction, especially with Chinese help.

Potential Chinese intervention also must be addressed, ideally leading to cooperation with forces from the Republic of Korea and the United States. A North Korea collapse would heighten Chinese fears of both a massive influx of North Korean refugees and U.S. intervention into an area directly adjoining China’s border.

China recognizes that the United States will want to promptly reach the North Korean weapons of mass destruction sites north of Pyongyang to prevent their use or proliferation. This U.S. interest could force China to seek to secure these facilities before the United States does.

China also may try to create a buffer zone inside North Korea to contain the refugees and prevent them from reaching China, where there are large pockets of ethnic Koreans. North Korean ports on the East Sea and North Korea’s mineral wealth are other economic targets China will want to secure. The Republic of Korea also has concerns that if China intervenes in North Korea, it might not be reversible, and China may end up annexing some significant portion of the North.

China has been reluctant to discuss the possibility of a North Korean collapse, for fear of appearing disloyal to its ally and adding to the stability problems in North Korea. But some Chinese attitudes are changing, opening new opportunities for dialogue, according to the RAND report.

A final concern is the military capabilities of the Republic of Korea. The Republic of Korea’s army will be reduced from its current size of 22 active-duty divisions to approximately 12 by 2022 because of very low birthrates. Action must be taken to curb these reductions and compensate for the loss through measures such as building the capabilities of the reserve forces.