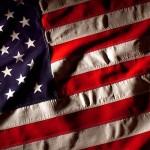 WASHINGTON – U.S. Defense Secretary Chuck Hagel remarked Thursday on “a range of initiatives” now in place for the military that he previously implemented in May of 2013 and added new measures to support those already in place.

“In May, I directed a range of initiatives designed to strengthen our programs in the areas of commander accountability, command climate, victim advocacy, and safety,” Hagel said.

Hagel then introduced new measures to be implemented immediately.

“Today, I am directing immediate implementation of the following additional measures to improve victim support, strengthen pretrial investigations, enhance oversight, and make prevention and response efforts more consistent across the military services.” The new policies include:

• Creating a legal advocacy program in each military service that will provide legal representation to sexual assault victims throughout the judicial process;

• Providing commanders with options to reassign or transfer a member who is accused of committing a sexual assault or related offense in order to eliminate continued contact while respecting the rights of both victims and the accused;

• Requiring timely follow-up reports on sexual assault incidents and responses to be given to the first general or flag officer within the chain of command;

• Standardizing prohibitions on inappropriate behavior between recruiters and trainers and their recruits and trainees across the department, and;

• Developing and proposing changes to the Manual for Courts-Martial that would allow victims to give input during the sentencing phase of courts-martial.

According to the defense department, all of these measures will provide victims additional rights, protections, and legal support, and help ensure that sexual assault-related investigations and judicial proceedings are conducted thoroughly and professionally.

In addition, the Department of Defense has established an independent panel, in accordance with the National Defense Authorization Act for Fiscal Year 2013, which is currently reviewing and assessing the systems used to investigate, prosecute, and adjudicate crimes involving sexual assault and related offenses under the Uniform Code of Military Justice.

“Sexual assault is a stain on the honor of our men and women who honorably serve our country, as well as a threat to the discipline and the cohesion of our force,” Hagel stated. “It must be stamped out. We are all accountable to fix this problem, and we will fix it together. We will continue to work closely with the Congress and the White House on eliminating sexual assault in the military.”

President Obama weighed in as well, releasing the following statement on the on-going effort to eliminate sexual assault in the military:

The President has stated clearly that sexual assault is a crime that undermines the honor, integrity, and readiness of our Armed Forces.  He has charged the nation’s military leadership with “exponentially stepping up our game” when it comes to eliminating sexual assault.  Women and men who step forward to serve our country must be protected from this devastating crime, and offenders must be held appropriately accountable.  Today’s announcement by Secretary of Defense Hagel of new Executive Actions is the result of intensive effort by the Department of Defense — including the senior civilian leadership and each of the Services — to fulfill the President’s call to action.   The initiatives  announced today are substantial, but only a step along a path toward eliminating this crime from our military ranks.  The President expects this level of effort to be sustained not only in the coming weeks and months, but as far into the future as necessary.  We will continue to work with the Pentagon to make progress on this high priority goal because none of our men and women in uniform should ever have to experience the pain and degradation of sexual assault.