Winfrey on Howard comment: ‘I do have big breasteses’

This news story was published on May 8, 2013.
Advertise on NIT • Subscribe to NIT 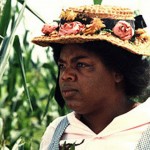 CHICAGO, May 8 (UPI) — U.S. media mogul Oprah Winfrey says she was not offended by her film co-star Terrence Howard’s recent praise of her breasts.

Winfrey and Howard share a love scene in the upcoming big-screen drama “The Butler.”

“Oprah and I had such chemistry. She’s such a lovely, voluptuous woman,” Howard told MovieFanatic.com. “She’s very, very, very beautiful, and that was wonderful.”

He also was widely quoted complimenting her “tig ol’ bitties.”

“It was supposed to be like a little scene and because Terrence Howard misbehaved it turned into a bigger scene, and then a bigger scene,” Winfrey said in a recent interview on the “Steve Harvey” chat show.

“I heard he was on Twitter the other day talking about my ‘breasteses,'” she said.”Some people called me saying that they all were offended and I go, ‘Well, I do have big breasteses.'”

Winfrey’s other film credits include “The Color Purple,” “Beloved” and “The Princess and the Frog.”