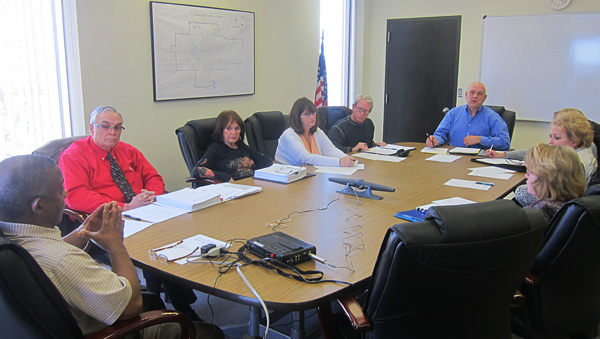 MASON CITY – The Mason City Human Rights Commission met Thursday for its regular monthly meeting and is considering dissolution as one of the only means of moving forward after a severe budget cut from the Mason City Council.

According to the discussion at Thursday’s meeting, a working agreement being considered with the Iowa Civil Rights Commission would strip the local commission of its fact-finding duties. Fact-finding is one of the main tasks that members of the commission perform.

The need for a working agreement with the Iowa Civil Rights Commission is one of the only alternatives the Mason City Human Rights Commission has, as the allocated funding of $15,000 moving forward will not allow for a Human Rights Director and would not cover the costs of intake, investigation and writing of decisions regarding human rights violations claims.

See video for more on this discussion.

Moving forward, it appears that City Hall’s budget of $15,000 and leftover grant funds will pay for current Administrative Assistant Amy Simpson to continue to perform the job of taking claims for at least one year.  Lionel Foster will no longer be the Human Rights Director as of June 30th, 2013, ending decades of duty in that position.  Mr. Foster said at Thursday’s meeting he does not intend to retire.

According to discussion at the meeting, if a working agreement is ratified with the Iowa Civil Rights Commission, it will pay $100 to the city for each human rights violation claim that is sent to Des Moines.  The Mason City Human Rights Commission would then cede all fact-finding powers to Des Moines and have virtually no authority left.  The commission noted it does not have the ability to write decisions after fact-finding.

According to information just received in our newsroom Friday morning from a Human Rights Commission in Council Bluffs, as a state bureaucracy, the Iowa Civil Rights Commission has been “lobbying local governments” to ratify agreements by saying “local agencies are not needed.”  The source goes on to say that “the ICRC has enough of its own workload with which to deal and is not capable of taking over all of our cases that the locals process, investigate, and resolve each year.

“Our Commission (in Council Bluffs) has not yet signed the 2013 (ICRC) Agreement, as we feel that it was changed unilaterally to the detriment of the local agencies and was strong-armed on the local agencies.”

At this time, there is new legislation at the statehouse in Des Moines being looked at that, if passed, would “give back some local control to our (local) agencies, rather than vest what appears to be almost total control in the ICRC,” according to the Council Bluffs source, who went on to call the chances of the new legislation passing “an uphill battle” after a meeting with Senate Majority Leader Michael E. Gronstal.  “At least we have someone in Des Moines listening to and vowing to have his staff look into our concerns.”

The commission took no formal action on the agreement with the Iowa Civil Rights Commission at Thursday’s meeting, opting to wait until the next meeting to discuss further.

The commission also discussed the location of the Human Rights Office in City Hall.  It was said that “the Blue Zones people” are moving in next door and that the Human Rights Office space might be used for the Blue Zone project.  There have already been questions raised as to privacy of individuals involved in cases, with the Blue Zones personnel in such close proximity.  In addition, there are sensitive files held in the office at this time, and it was said that by law, the files must be kept for a number of years.