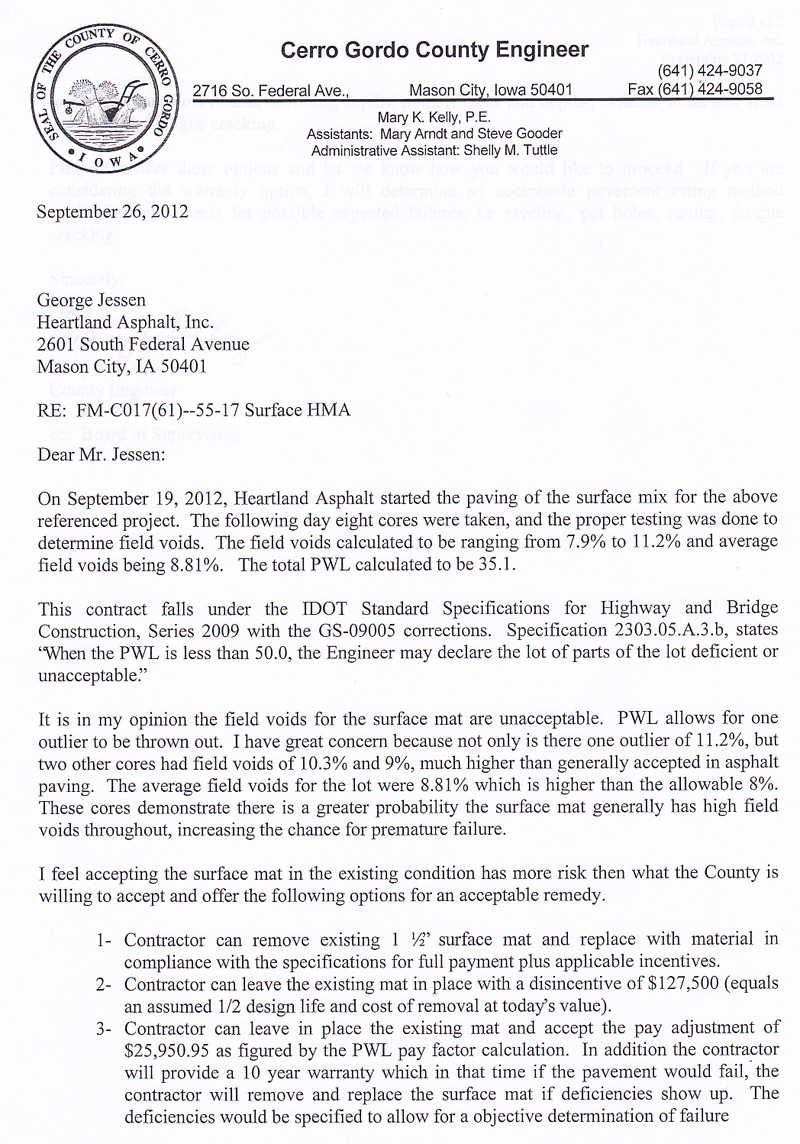 MASON CITY – In a letter obtained today by NorthIowaToday.com, County Engineer Mary Kelly proposes three options to Heartland Asphalt to remedy asphalt pavement cores that were tested that show the paving surface on a stretch of Highway B-20 may be, according to Iowa DOT standards, “deficient or unacceptable.”

According to the letter, Heartland Asphalt started paving a three-mile stretch of Highway B-20 on September 19th, 2012.  Eight “cores” or samples were taken the next day and “proper testing was done to determine field voids.”

Kelly states in the letter that under Iowa DOT specifications, her opinion is that “the field voids for the surface mat are unacceptable.”

Kelly then proposes three options for “an acceptable remedy” to the issue.

A message left for Heartland Asphalt President George Jesson on Tuesday was not returned.

Read the following letter for all the information.