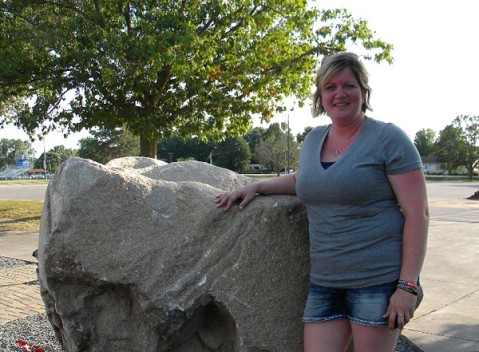 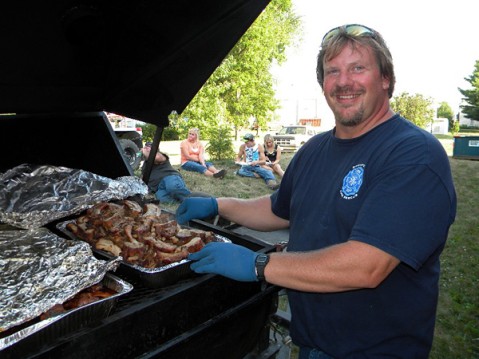 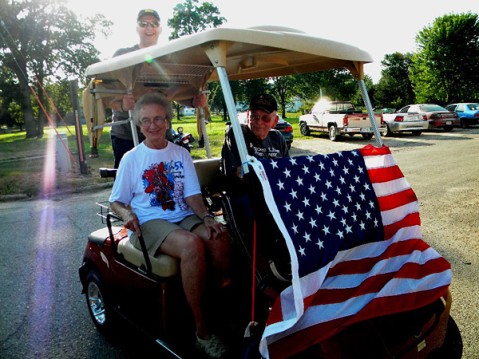 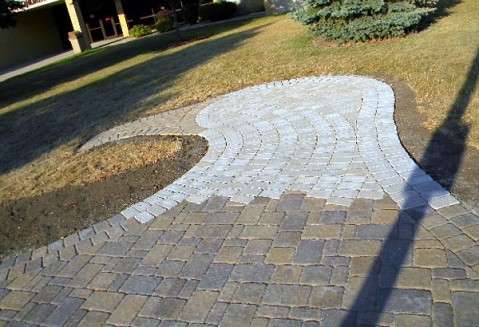 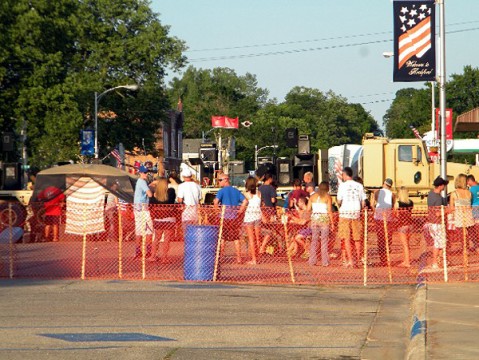 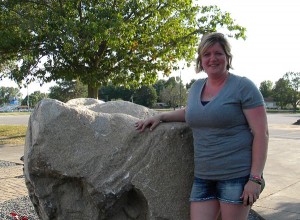 ROCKFORD – Saturday was a day full of activities, food, memories and good times. The life of Navy SEAL and Rockford native, Jon Tumilson, was celebrated, starting with a pancake breakfast.

There was a “Go Crush It” 5K Challenge Run/Walk, a craft fair, a memorial statue ground breaking at Fossil Park, a “Remembering Our Fallen” photo exhibit at First Security Bank & Trust and many kids activities, including a water fight.

In the early evening, dinner was served at the Rockford Fire Department.

“The Department, family, friends, my wife, Laura and myself have been prepping for this barbecue for the past four days,” said firefighter Steve Marzen (pictured, second from top). They had many barbecued ribs and baked potatoes staying warm in the barbecue behind the Fire Department. 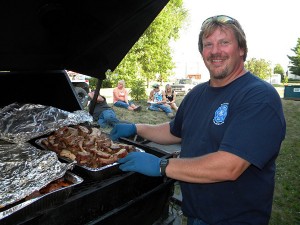 Joel Cannon, who had just finished his meal, said, “You need to talk to Kristie. She can tell you what this day is about. She is a sister of Jon Tumilson.” He introduced us, and she was kind enough to spare some time telling stories of Jon, not just the soldier, but the man from a small town, too.

I talked with Kristie Pohlman, the oldest sister of Jon’s, at the site of the memorial that was done by the Class of ’95, in his honor. It’s the face of a bald eagle, made of bricks that were sold and engraved. If anyone wants to buy one, they can still be engraved. They can pop out at any time and be replaced. You can go to their website, www.3minutesout.org, for more information.

“We chose “3minutesout” for the title of our website because that’s how Jon lived his lived his life, always three minutes from his next goal, his next mission, he always wanted to do more.  I guess that’s kind of what today was all about, promoting people to do their best and to push themselves a little further.  To give it their all. Enjoy life, cause we don’t know.” 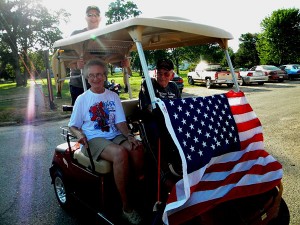 “The second reason that we feel today was important was, without the love and support of our community and the surrounding communities, this journey, this last year would have been so much more difficult. We wanted a way to say Thank You and to bring people to Rockford. Jon loved it here, there’s not that many thirty-five year olds that would choose to come home every Christmas, to his home town. When the SEALS were coming for his funeral, they said “What do you do here for fun”, like they didn’t get it, and when they left, they got it. We just felt that it’s important to support the Navy and support all the military cause we all enjoy freedom daily that we wouldn’t have without our soldiers. That was kind of the importance today.

Another thing that will be ongoing, we are in the process of having a bronze statue built, it will be a life size bronze statue of Jon and his dog, Hawkeye. They’re kind of running. It will be out at the Fossil Park because Jon was a big fitness person and he, a lot of times ran out at the Fossil Park, on the paths. So, we are going to have it out there and try to promote that. We had a ground breaking ceremony today. Our goal is to have it complete by Veterans Day 2012. 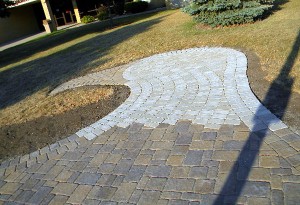 On behalf of our family, we would just like to say Thank You. Jon love his job, he loved his family, he loved his friends, he loved his country. We encourage everyone to live their life to the fullest and don’t let anything go unsaid, do let any dreams seem too big. That’s what Jon believed . The more people that told him that it was impossible, the more he wanted to prove them wrong. If it’s in your heart, nothings impossible , and I guess that’s just kind of how we want his legacy to go on.”

Kristie was full of emotion when she talked of her brother and how close their family is. She talked fondly and with love of their parents. She went on about how proud they were and are of Jon. “One percent of the Navy population that tries out for the Navy Seals, makes it. Then, to be on the team that he was on when he died, one percent of that one percent makes that. So Jon was one percent of one percent. Crazy. It is almost impossible, but he did it. The saying “Go Crush It” means, any excuse you can come up with to not achieve something, crush it, there are no excuses. Think big and do it.” 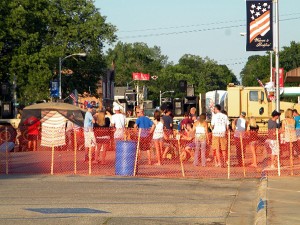 The last few events that were taking place in Rockford were the street dance and the fireworks. “Fireworks are important. Jon said the only thing he regretted when he deployed on June 30th, was that he would miss the Fourth of July celebration. It was his favorite holiday. He was born July 1st in the year of our countries bicentennial. He was our “Firecracker Baby”. The Navy Seals told us, shortly after Jon died, that whatever we wanted, no matter how big or small, to let them know and they would make sure it was done. We told them of Jon missing out on the fireworks so when the Seals came for Jon’s funeral, they came with a truck load of fireworks, they were boys from Texas and they do everything big. The night of Jon’s funeral, we sat, a small group of family, friends and the Navy Seals and shot those fireworks off for Jon.”