CLEAR LAKE – Clear Lake police officers were called to a Rumorz Bar on the city’s South Shore Drive on June 27, where they arrested two carnival workers for robbing a patron of his wallet and cash.

According to police reports, carnival workers Corey Tangman and Randale Logan worked together in stealing the wallet and cash of Todd Blodgett, 51, who was sitting with friends at a table on the bar’s outdoor patio.

According to accounts from bystanders, around 11:15 p.m. on June 26, several carnival workers arrived at the establishment.  Some of the carnival employees took their drinks outside, where three of them joined Blodgett’s table. While seated next to Logan, Blodgett noticed that his billfold was no longer in his back pocket. A heated argument ensued, with Blodgett accusing Logan of having stolen his wallet. “There was never any question about his having stolen my billfold,” Blodgett said. “And I made it very clear to him that he’d either return it to me intact, or face consequences not to his liking.”

While Blodgett argued with Logan, Tangman and other carnival workers left Rumorz in a van.

“Once I realized that the others took off as Logan and I had it out, their guilt was obvious. I decided right then and there that there was no way this guy was going to leave the bar until the matter was resolved to my satisfaction.”

The carnival worker continued to deny having stolen anything, and told those present that he’d “done time in federal prison.” He then said, “why would I do anything that could get me sent back to prison?”

Blodgett said, “Lots of thieves are dumb, and it looks like you’re one of them.”

This angered Logan, whose wife told him to “cool it”, and “don’t do anything stupid.”  According to locals familiar with Todd Blodgett, the ultra-conservative political strategist is known to be “trigger-happy,” so Logan may have been plying with fire.

Logan then offered to “go dumpster-diving” in an effort to locate the billfold and cash. Blodgett agreed, but accompanied the man outside.

Returning to the bar a short time later, Logan produced the wallet, including credit cards, drivers license, and concealed carry permit. But the money, which Blodgett told police was “about $500”, was gone. Logan said he’d gotten the billfold from a garbage bag he retrieved from the dumpster behind the building.

“Someone called 911,” Blodgett said, “and it’s a good thing for that thief they did. The police arrived just as I assured the guy I’d get my money back, one way or another. He said he wanted to go to Lufkin, Texas. I told him that if I didn’t get my money back, he was as close to Texas as he’d ever get.”

After the conversation with Blodgett, and being questioned by Clear Lake police, Logan confessed to his role in the theft. He also provided police with the name and whereabouts of his co-conspirator.

“It was almost comical,” Blodgett said. “This scrofulous liar actually told the cops that a witness to his theft hadn’t even been at Rumorz to see him steal! Unfortunately for the thief, the lady that Mr. Logan claimed hadn’t been there, who saw him steal, is a regular at the bar.”

That woman, whose name is being left out of this story,  ID’d Logan as having had Blodgett’s wallet. “She didn’t realize at the time she saw Logan earlier that the wallet was mine, and not Mr. Logan’s.”

Police then took Logan into custody, and later located Tangman, who was staying in a mobile home down the street with other employees of the carnival.

Both men were arrested, charged with fourth and fifth degree theft, and held on bonds of $300 and $1,000.  Police were able to recover $410 of Blodgett’s cash, which is being held as evidence until the case goes to trial. Both men are expected to plead guilty.

An employee of Rumorz who answered the phone Thursday confirmed the incident but could offer no other details, per the instructions of her bosses.

Blodgett, when contacted for comment, said that he has seen purses and wallets left unattended “countless times” at Rumorz by patrons at tables and at the bar and “never once witnessed an issue.  I feel this was a completely isolated incident.”

Clear Lake police confirmed this incident Friday morning, saying that both men played a part in the wallet theft. 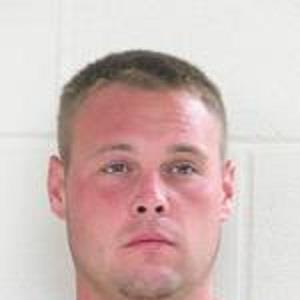 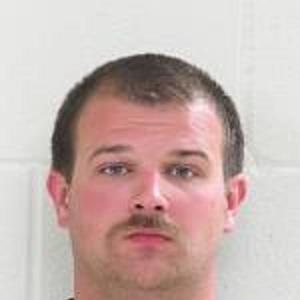