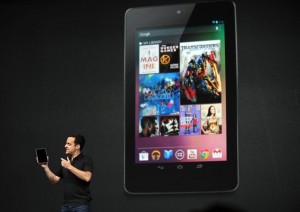 By Bob Fernandez, The Philadelphia Inquirer –

NEW YORK — Speaking from the Olympics “highlights factory” Wednesday, NBC Sports executives dampened expectations that TV viewership for this summer’s London games would top that of the 2008 Beijing games, but said national TV advertising sales are running about $100 million ahead of Beijing.

“I would love to match those scenarios, though it’s unlikely,” Mark Lazarus, chairman of the NBC Sports Group, said of the projected TV ratings during a press briefing on Olympics coverage plans. “We are not measuring ourselves against Beijing.”

The London games (July 27-Aug. 12) are the first Olympics NBC will produce under its new corporate parent, Comcast Corp., which in 2011 acquired the rights for NBC to broadcast the events through 2020 for $4.4 billion.

NBC says that 215 million Americans watched the Beijing Olympics, making it the most-watched TV event of all time in this country.

Researchers say viewership soared because Americans were fascinated with the Chinese culture, excited about the opening ceremonies, and captivated by swimmer Michael Phelps’s medal chase. The extreme time difference between China and the United States proved to be an advantage that enabled major Olympic events to be broadcast live for NBC’s prime-time coverage.

Alan Wurtzel, president of research and media development for NBCUniversal, projected that the London games would fall within the top-five TV events of all time, with total viewership of more than 200 million Americans over 17 days.

The NBC national network has sold $950 million in advertising for the London games, and Lazarus said those national ad sales could reach $1 billion. The comparable number for Beijing was $850 million. NBC-owned local stations are expected to generate an additional $150 million to $175 million in advertising for the London games. NBC paid about $1.2 billion for the rights to the 2012 Olympics, and coverage of them could cost $150 million to produce. Based on these numbers, that would mean a loss of about of $250 million.

Lazarus said NBC would not lose as much money as the entertainment conglomerate had originally projected when Comcast, the nation’s largest cable-TV and Internet broadband provider, purchased majority control of it from General Electric in early 2011.

Veteran NBC announcer Bob Costas opened the press event with Lazarus in the “Saturday Night Live” studio. The space, which is not used during the summer, has been turned into an area for producing Olympic highlight clips and color — inside NBC, it’s called the “highlights factory.”

Steve Burke, a former Comcast Corp. executive who is now chief executive officer of NBCUniversal, said the goal with these Olympics is “to stay true to what got us here but do things that are new and different.”

Burke said NBC would use the Olympics to promote NBC properties and to revitalize “Today,” which has slipped from the top spot in its morning time slot.

Some think NBC’s decision to live-stream every competition over the Internet could drain viewership from NBC’s prime-time broadcast-TV coverage. Event coverage on multiple media platforms — tablet, phone, laptop, and TV — should be complementary and boost viewership, Burke said.

“In a really fragmented world,” he said, “we think more is better.”