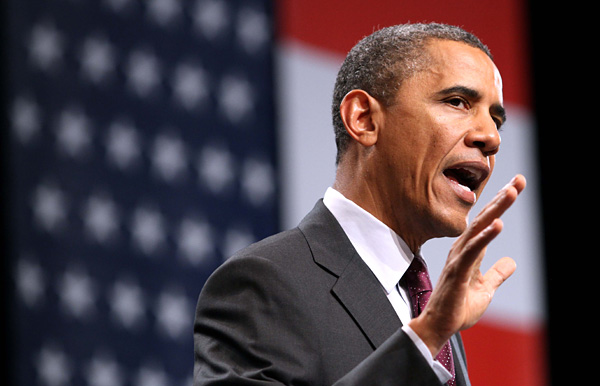 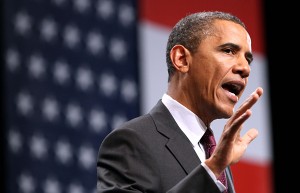 LAKE BUENA VISTA, Fla. — This time, President Barack Obama insisted Friday to an audience of Latino elected officials who had heard a similar promise four years ago, he really means it: He’s going to fight to overhaul the nation’s badly broken immigration system.

As a candidate four years ago, he said much the same to the National Association of Latino Elected and Appointed Officials: Changes in immigration policy, he said, are “a priority I will pursue from my very first day.”

Instead, other crises consumed his first days, then his first months and years: the faltering economy, health care, terrorism threats and other matters. He barely made a serious push for immigration measures.

Obama still commands the loyalty of much of the Hispanic community, whose votes he won by more than 2 to 1 in 2008, and polls suggest that he’ll do that well again. But he needs to fire up these troops, because many in this influential, politically sophisticated crowd want assurances. Thursday, they heard presumptive Republican presidential nominee Mitt Romney point out that “despite his promises, President Obama has failed to address immigration reform.”

Obama has been fighting back, and Friday he tried to show sharp differences with Romney. He reminded the audience that he announced just last week that he no longer would deport certain young undocumented workers. “It was the right thing to do,” he said.

He also told the association that he would seek longer-term solutions that “live up to our heritage” and would encourage immigrants to pursue opportunities in this country.

“For those who say we should do this in a bipartisan fashion, absolutely,” he said. “My door’s been open for three and a half years. They know where to find me,” he said.

“I’ve said time and time again, send me the DREAM Act. I will sign it right away,” the president said.

The act would provide a path to citizenship for many young people who entered the United States illegally. Obama reminded the crowd that Romney has said he wouldn’t sign the proposed act. “He has promised to veto the DREAM Act, and we should take him at his word,” the president said.

Romney got a lukewarm reception from the conference crowd Thursday, while Obama’s directive a week ago clearly had energized the Latino community, said Matt Barreto, a co-founder of Latino Decisions, a nonpartisan polling firm.

“He didn’t have the enthusiasm from a lot of Latino voters,” noted Utah state Sen. Ross Romero, a Democrat. “But it’s always a choice between two candidates in the end, and you have to weigh all the president’s accomplishments in office.”

“Immigration is not the only issue on the minds of Latino voters. Immigration reform is not going to help somebody keep their house or hold a job,” said Arturo Vargas, the executive director of the National Association of Latino Elected and Appointed Officials Educational Fund.

Romney spent much of his address Thursday detailing his remedies for the economy, notably tax cuts and fewer regulations on business.

Obama answered Friday, citing “what’s holding us back is a stalemate, a stalemate between two fundamentally different views of which direction we should go. The Republicans who run Congress, the man at the top of their ticket — they don’t agree with any of the proposals I talked about.”

Instead, the president said, their plan is largely to cut taxes, particularly on the wealthy, and “roll back regulations and give insurance companies and credit card companies and mortgage lenders even more power to do as they please.”

“I think they’re wrong,” he added.

Fine, Republicans said — we’d love to talk about the economy.

Immigration “is a very important issue in the Hispanic community, but the vast majority of us do not wake up in the morning and think about immigration all day,” said Sen. Marco Rubio, R-Fla., who spoke before Obama. “We worry about making payroll on Friday. We worry about balancing our family’s budget at the end of the month.”

But immigration is still the issue that’s on most minds at this three-day conference. Rubio spent most of his 15-minute speech discussing it. He took some jabs at the president for not engaging enough in the issue, but like other Republicans here he said immigration was one issue where bipartisanship was crucial.

“As long as this issue of immigration is a political pingpong that each side uses to win elections and influence votes,” he said, “I’m telling you it won’t get solved.”

The Latino Decisions poll surveyed 400 registered voters in each state between June 12 and 21. The margin of error is plus or minus 4.9 percentage points.