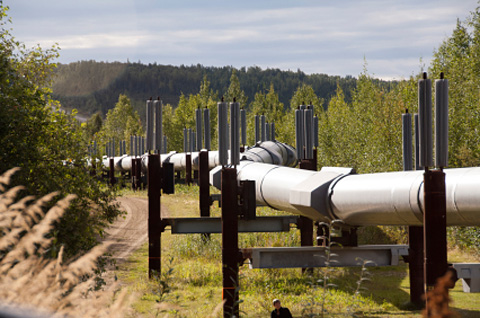 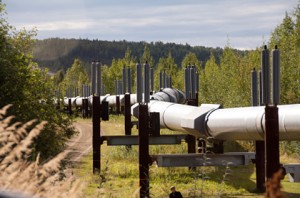 ANCHORAGE, Alaska — An appeals court has sided with the federal government in giving the go-ahead to Shell Oil Co. to move forward with drilling in the Alaska Arctic this year, according to a ruling issued Friday night.

The 9th U.S. Circuit Court of Appeals rejected challenges by Alaska Native groups to Shell’s exploration plan in the Beaufort Sea, and, in a separate memorandum, also denied petitions challenging its plan for the Chukchi Sea.

The Native Village of Point Hope and the Inupiat Community of the North Slope asserted the federal Bureau of Ocean Energy Management failed to properly consider the risks of drilling in the Arctic in approving Shell’s plans. A number of environmental groups, including Greenpeace, the Sierra Club and the Wilderness Society, also challenged the federal approval.

“This case is the latest chapter in a long-running saga beginning back in April 2002,” the three-judge panel wrote in the 27-page opinion.

That’s when the old Minerals Management Service established a schedule for a lease sale in the outer continental shelf of Alaska.

The challengers asserted that Shell proposal’s for a well-capping stack and containment system in the event of an oil spill was incomplete, and that it had failed to fully inform the Bureau of Ocean Energy Management about its oil spill response plan.

As an oil company operating offshore, Shell had to describe new technology it intended to use, including its capping and containment system, which has never been used in Alaska or in Arctic drilling conditions. Federal regulations don’t specify how detailed the description must be. The challengers said that Shell’s seven-paragraph description was not enough, but the appeals court judges said it was.

In its plan, Shell described its blowout preventer, how it would pump heavy material into a flowing well to kill it, where its capping system would be stored (on a vessel in Alaska), and how it intended to use the technology, the opinion says.

The challengers also argued that the government failed to reconcile Shell’s statements before 2011 that “proven technology is not available” for well capping and what it said in its 2011 plan, that capping a well subsea and containing the oil would be used if other methods failed.

The judges ruled that the Bureau of Ocean Energy Management acted reasonably to conclude that Shell’s proposed underwater oil collection system would be an “added tool” in a spill, but wasn’t required under the regulations.

Under federal law, the agency had just 30 days to determine whether the exploration plan met muster and was unlikely to cause serious harm or damage to people or the marine and coastal environments.

The case marks the third time the federal government has had to defend its approval of Shell’s Beaufort Sea exploration plan in court. Courts generally defer to the executive branch in regulatory matters as long as the agency decisions were reasoned and within the scope of law, and that normal procedures were followed.