21-year-old Jordan Ronald James Willis of Mason City who had been in held in the Polk County Jail since being arrested on December 2nd 2011 was released on March 9th after pleading guilty to assault with intent to commit sexual abuse.

Willis had been scheduled to have a trial in Polk County District Court on March 12th, but entered a plea of guilt to the lesser offense of assault with intent to commit sexual abuse 6 days before the trial.

As a result of the guilty plea to the lesser offense Willis received a 2 year suspended prison sentence with credit for the 2 months he was held in Polk County Jail awaiting court proceedings. Willis is to serve two years of probation.

In addition the presiding judge ordered Willis is to serve 10 in the custody of the Director of the Iowa Department of Corrections as if on parole. Willis was ordered to comply with the terms of probation including the sex offender registry and treatment.

Willis was released from the custody of the Polk County Jail shortly before noon on Friday, March 9th.

Jordan Willis has since registered as a convicted sex offender with the Cerro Gordo County Sheriff listing his address as 729 South Jackson in Mason City. At this time the Iowa Sex Offender Registry list Willis as listed as a tier 3 sex offender with registry restriction, exclusion restrictions, and employment restrictions.

According to Iowa law since Willis has residency restrictions imposed he shall not reside within two thousand feet of the real property comprising a school or a child care facility. 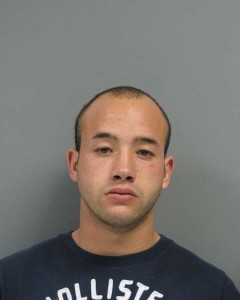